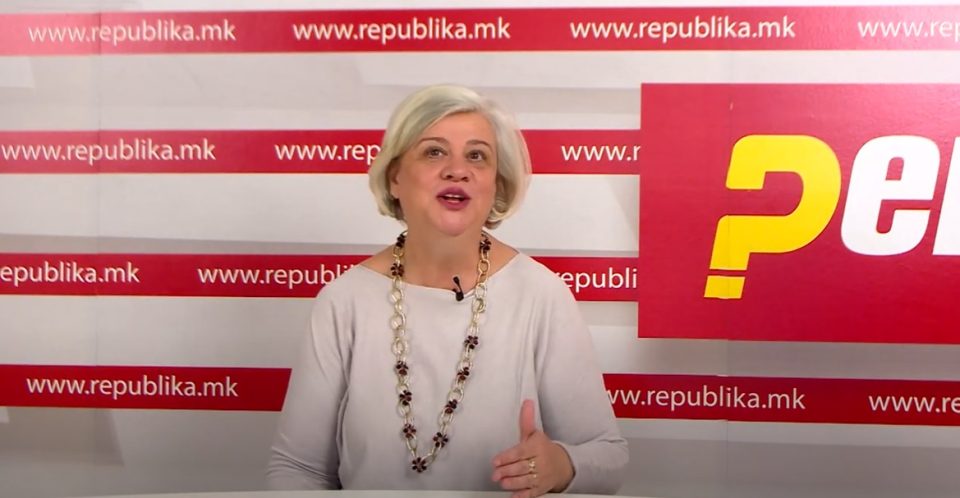 The residents of the municipality of Centar elect their new mayor on Sunday. The battle is being fought between Goran Gerasimovski from SDSM and Natasha Kotlar, proposed by VMRO-DPMNE. After the first round, the SDSM candidate had a lead of 1,564 votes. Is that difference achievable in the second round? Were the results of the first round in line with expectations? What will Centar people get if there are changes in the Municipality? We discuss these and many other issues with Natasa Kotlar.

How do you comment on the results of the first round? You got 1,564 votes less than the opponent, many more councilors from VMRO-DPMNE got seats in the municipal council than the previous composition. The difference is now only 1 council seat.

Kotlar: To be honest, I was not very optimistic, given the circumstances in which we live. When the central government is at the service of those who are still in the local government, you have a certain suspicion. It is surprising how much people needed to express their position. It really means a lot to me. No matter who has the lead at the moment and who does not. This points to some completely new tendencies in everyday life, and in the local self-government, if we also go further in the central government. When we compared the numbers from the previous and the current elections, comparing other numbers, in relation to the candidate proposed by VMRO-DPMNE and the coalition, we got the best results compared to the previous elections. It gives us confidence that in the coming period we will be more supported by people. When the wave of change begins, you can hardly stop it. Let’s not forget that most of Skopje municipalities got mayors who come from the opposition bloc.

What bothers you the most in the municipality as a resident of Centar?

Kotlar: I come from the core of Centar, from Gradski zid, where I grew up and Kapistec where I live for a long time. I am bothered by the lack of hygiene, cluttered parking lots, the inability of people to park in a suitable place with at least one vehicle. I am bothered by the noise that is created from the main boulevards, I am overwhelmed by the noise that is created by the cross sounds coming from the religious buildings. We are bothered by the behavior of young people in the late hours. When it was that restrictive period during the corona it was calmer. Now the young people, instead of having an educational and cultural life in the evening, have some noisy, full of anger life, so I guess that is how they express their feelings, unrealized desires… There is always glass on the streets, one has to walk carefully… I am bothered by overcrowding, cluttered markets, which are an attraction for foreign visitors. And yes, the over-urbanization where we see each other from the balconies.

What is the solution to the noise you are talking about?

Kotlar: We must first know, one noise comes from traffic, the other from other things. The traffic intensity must be reduced, which requires cooperation with the City of Skopje. The public transport is in the domain of the City of Skopje. If we have well-organized public transport, we will be able to organize smaller streets. Everyone should understand that one cannot go to the market with one’s car only ten meters from the market, they should leave the car on the street and go shopping. For that purpose, there are two-storey car parks in the immediate vicinity of the market, both in Bunjakovec and in Gradski zid. Everyone can go on foot and go shopping, and then develop a social life. Reduction of vehicles and encouraging pedestrians. Installation of connecting bike paths. We must also develop that way of behaving or humanizing. If we encourage those things, then we will be able to focus on other more serious things, enabling the movement of people with mobility problems, those with wheelchairs. Regarding the noise we have, we have a serious intention to set up appropriate instruments that will be connected with the competent institutions and by detecting too loud sounds to have evidence and appropriate sanctions. I even have a proposal from the citizens, the elderly, the pensioners, to be guards who would indicate noise and inappropriate behavior. This is also in the context of cars with inappropriate acceleration, ie the speed of vehicles to be recorded and to be able to issue fines. People told me that it is a practice in Sarajevo, we do not have to go further. It is enough to take that practice.