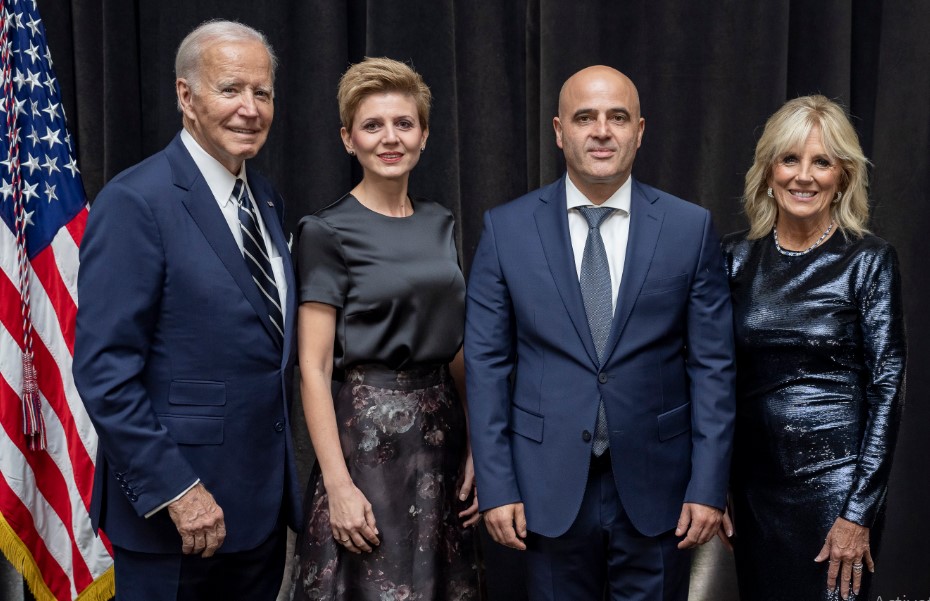 Prime Minister Dimitar Kovacevski and his wife Elena Kovacevska attended the formal reception for heads of state and government, hosted by United States President Joe Biden within the 77th session of the United Nations General Assembly in New York on Thursday.

The presence of Prime Minister Kovacevski at the reception organized by President Biden is another confirmation of Macedonia’s long-standing strategic partnership with the United States, as well as the support that we as a country receive in fulfilling the key goals, but also for the realization of the foreseen priority policies for economic, social and democratic prosperity of the state, said the government press service in a statement.

The Government points out that the benefits of Macedonia’s membership in NATO and the strategic partnership with the US are of exceptional importance for the country, especially in a period of global economic and energy crisis that the whole world is facing.