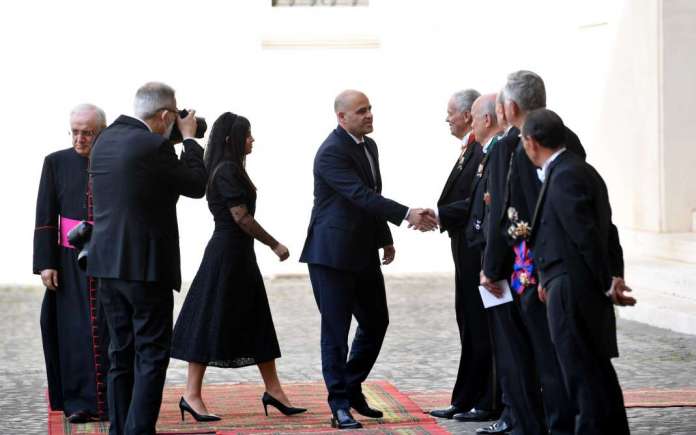 Accompanied by his daughter Tamara and Government officials, Prime Minister Dimitar Kovacevski met with Pope Francis today. The meeting is part of the honoring of Ss. Cyril and Methodius in Rome, and Kovacevski is also meeting with Bulgarian Prime Minister Kiril Petkov, to discuss the growing historic dispute between the two countries.

During his meeting with Pope Francis, Kovacevski discussed to work of the two sainted brothers, who spread Christianity across the Slavic world, bringing half of Europe under the Church. Bulgaria claims Ss. Cyril and Methodius as Bulgarians, which is part of their dispute with Macedonia.