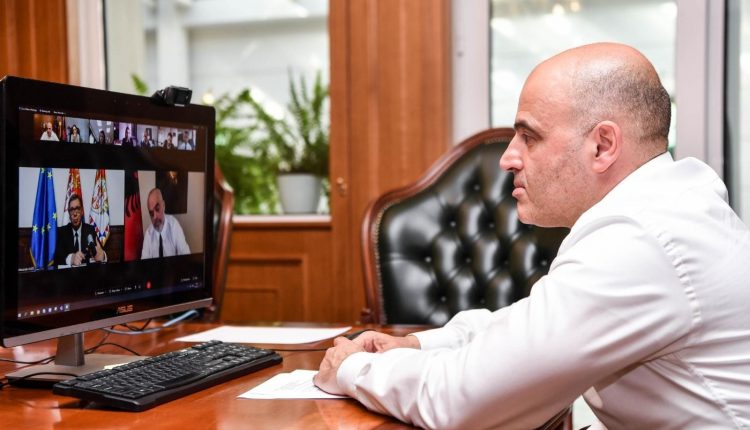 Prime Minister Dimitar Kovacevski, his Albanian counterpart Edi Rama and Serbian President Aleksandar Vucic will take part in the high level meeting between EU and Western Balkans leaders in Brussels on June 23 ahead of the June 23-24 European Council.

Albanian Prime Minister Rama wrote on Twitter that after mutual consultations, the three leaders of the countries included in the Open Balkans, however, decided to go to Brussels.

We’ll attend the EU Council meeting. There won’t be much to hear about us but we’ll ask to be heard on the idea of a New European Political Community which we support, on the Open Balkan which takes forward the spirit of Europe & on our kidnapping from Bulgaria which destroys it. Just heard right now that something is moving today in Bulgaria. Too early to be optimistic and too little to change the part of the tomorrow speech where Bulgaria is criticised as a country which has kidnapped two NATO countries while there is a hot war at the Europe’s border!

Rama says he mocked the ugly blockade of Macedonia by Bulgaria

Vucic: Let’s strengthen cooperation to help each other through winter