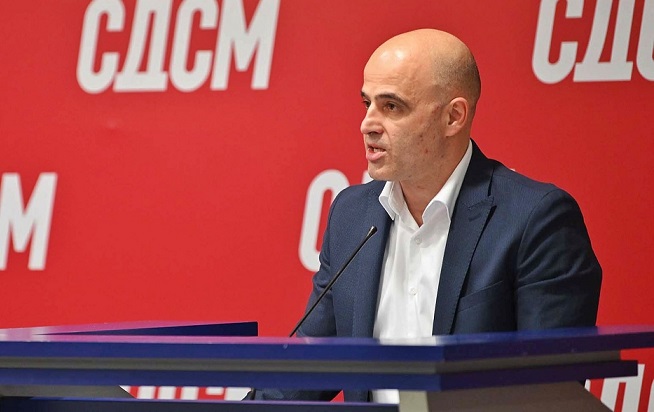 SDSM leader and PM-designate Dimitar Kovachevski says he will invite VMRO-DPMNE leader Hristijan Mickoski for a meeting after the election of the new government, at which they will discuss issues of current interest and solutions on laws in the people’s interest.

The evening when I was elected leader of SDSM, and Mickoski was re-elected leader of VMRO-DPMNE, we had a phone call that after the election of the new government we will meet and discuss the current situation, Kovacevski said on the “Top Tema” show on TV Telma.

Kovacevski believes that politicians should unite all forces, both at the party level, at the coalition level, but also at the state level and all contribute to the best and fastest solution of problems.