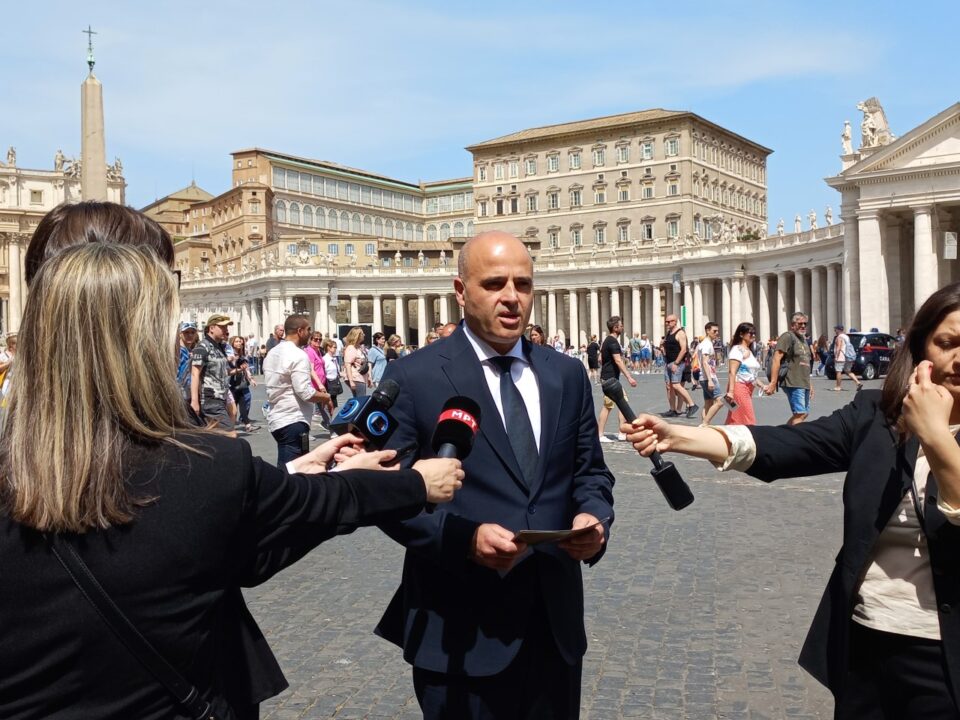 Macedonian Prime Minister Dimitar Kovacevski said that he wants to focus on the positive during his meeting with his Bulgarian counterpart Kiril Petkov in Rome today, where they’re both honoring Ss. Cyril and Methodius.

In the afternoon I will meet with the Bulgarian Prime Minister. We are in regular communication on various topics, and today we will focus on the progress in talks between the two Foreign Ministries, Kovacevski said.

Petkov, on the other hand, showed more sense for the difficulty of the situation. He is openly prepared to lift the veto against Macedonia, but faces strong opposition from some of his coalition partners. Petkov’s new initiative, as the European Council approaches, is to ask President Radev – a hard-liner on the issue – to convene the National Security Council. Petkov hopes that he will be able to get a majority of members of the Council to approve lifting the veto, and Radev currently opposes the idea.

Petkov called on other parties, outside of his coalition, like Boyko Borisov’s GERB party, to support changing the position on Macedonia. “We need a broad consensus – that means our coalition and some opposition parties”, Petkov said.