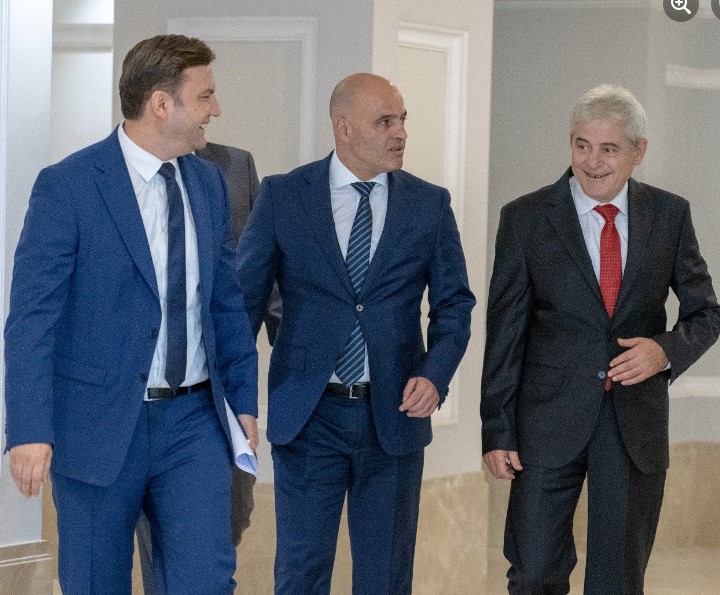 We have a proposal that incorporates our observations and clearly expressed views and we should not have any doubts about that. In the European proposal we have defined positions for clear and unambiguous acceptance of the Macedonian language. This was the most important question for us and so I want to be crystal clear. The Macedonian language is absolutely unique and equal to other EU languages ​​without any footnotes, asterisks, explanations, said Prime Minister Dimitar Kovacevski after the meeting with the leader of VMRO-DPMNE Hristijan Mickoski in the MPs Club as part of the broad consultations regarding the French proposal for the beginning of the accession negotiations of the Republic of Macedonia with the EU.

Kovacevski emphasized that the proposal puts bilateral and historical issues outside the negotiating framework.

Open issues should be closed, but we will have time for that until they are dignified for both sides. The European Union indicates that this should be resolved on a bilateral basis and therefore this is not at all part of the negotiating framework. Good neighborly relations as such are the foundation of the EU. We have agreed that we will accept it as a fact back in 2001 when the Stabilization and Association Agreement was signed. In that spirit, according to that principle and that established practice, our obligation as a member of the Union will be to work on good neighborly relations and we will do that by fulfilling the Good Neighborly Agreement just as we do by fulfilling the Prespa Agreement, said the Prime Minister.

This final European proposal enables the unconditional start of Macedonia’s accession talks with the EU and the operationalization of the decision of the European Council from March 2020. We will be able to start negotiations with the EU immediately after making our decision to accept the proposal. We are all aware of the sensitivity regarding this issue. It is easy to reject, to postpone, to choose a new uncertainty. But at this historical moment, rational thinking with a cool head is needed, wisdom and responsibility and objective analysis of all scenarios are needed, taking care of the future for our children. We must not make daily politics out of this issue. This is a historically important and strategic issue that every politician, citizen should approach very seriously, Kovacevski said.

He urges everyone to stick to the facts, official documents and their correct interpretation. He called on all political stakeholders to take into account the magnitude of the task and to act constructively, responsibly and statesmanship.

He emphasized that the Government consistently adheres to the state positions regarding the negotiations with Bulgaria in every respect, protects the national interest and the Macedonian language and identity.

We promised that we would fight to keep the key red lines that we have been repeating for months and for which the Parliament adopted a Resolution and we did that and we are doing that. And we are still doing that and we will do it in every next step of this process, said the Prime Minister.

This, according to him, is a historic moment for the country, one of the few such as the independence of the Republic of Macedonia, like the Ohrid Agreement, the Prespa Agreement.

We have a unique opportunity to fulfill our long-awaited strategic goal – full membership in the EU. That is our vision and that is our future. We have a unique opportunity to ensure the prosperity of the country because we owe it to future generations. It’s time for wise decisions, Kovacevski said in a statement to the media after the meeting with VMRO-DPMNE leader Hristijan Mickoski.