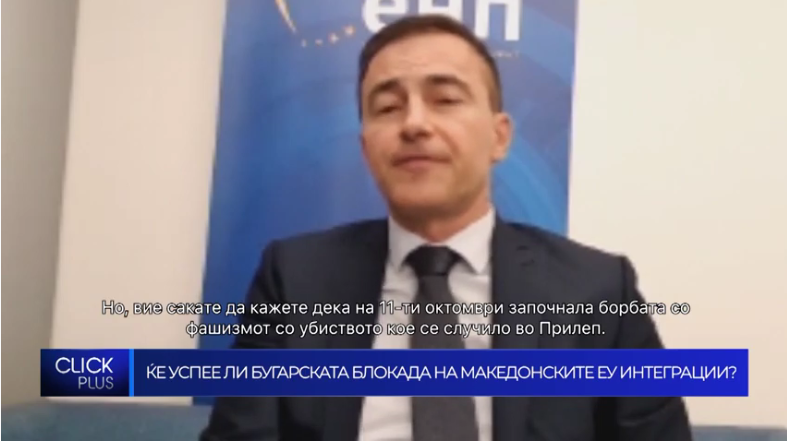 MEP Andrej Kovachev in an interview with TV 21’s “Click Plus” show said that the 11 October holiday should be celebrated on another day.

Let us unite as the closest peoples. I told you a while ago that my statement is for understanding, good neighborliness, that you have the right to identify yourself as you want and the right to the language you want to speak. With that, a hand is extended to you. You now want to debate 11 October. I ask you what happened on 11 October, Kovachev asked.

You want to say that on 11 October, the fight against fascism began with the murder that took place in Prilep. That is the big difference and the interpretation that you make. Fascism is negative and there should be a clear anti-fascist struggle, anti-national-socialist as well as anti-communist, then I think it will be absolutely clear, said Kovachev.