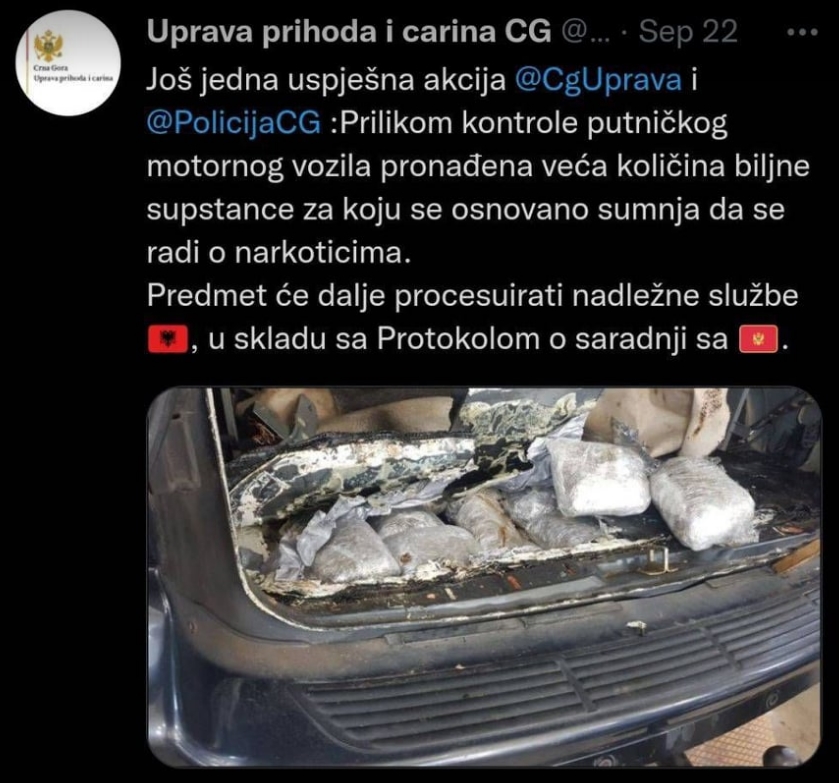 The scandal involving the smuggling of drugs to Montenegro by Macedonian Interior Ministry officials is the worst kind of abuse of office, said VMRO-DPMNE official Dragan Kovacki. Two high ranking Interior Ministry officials were briefly detained in Montenegro two days ago, when several dozens kilograms of marijuana were found in the trunk of their car.

The Ministry claims that the car was seized from a Swedish drug smuggler in 2016, but that only a portion of the drugs he was carrying were found and the rest remained hidden until it was found by the Montenegrin customs officers – a claim that caused incredulity in the Macedonian and regional media outlets.

While we were waiting for an actual investigation in the tragedy in the Tetovo hospital, we now have an international scandal. A police vehicle of the Interior Ministry was found loaded with drugs in Montenegro. This is the worst kind of abuse of office, Kovacki said.