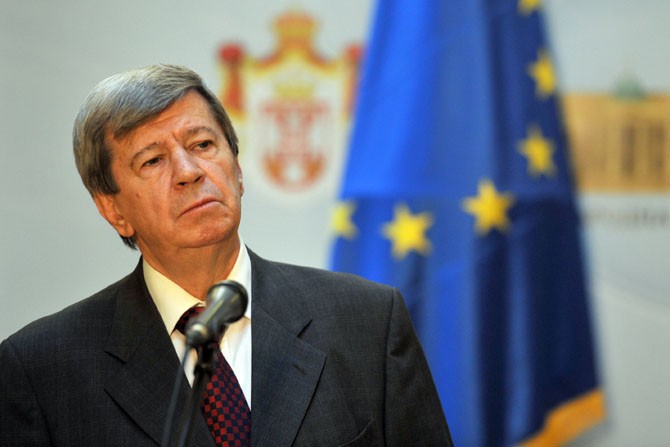 You have done everything the EU has asked of you and you can have positive expectations for a date in October. I personally think that Macedonia will get a date for the start of accession negotiations. You have been waiting for this moment for too long, Eduard Kukan said in an interview with MIA, who left his MEP post in July after 10 years in the European Parliament.

I think this is the most important question to be answered not only by the citizens here in this country, but also by many other politicians across Europe. I am no longer a member of the EP, so I can speak more openly. You have been waiting for this moment for too long, it is absolutely incredible to be a candidate country for 12-13 years and only now to get a date. But let’s not go back in history. You also had some issues. To conclude, I think you have done everything the EU has asked of you in order to get a date for negotiation. That was said by many politicians who visited your country, including Donald Tusk, as well as many other important government leaders who said Macedonia deserved a date, says Kukan when asked how he assesses the prospects of the October European Council summit meeting to get a date for the start of accession negotiations.

He is optimistic, yet, as he points out, from his life experience, he will believe only when that happens.

So let’s wait to see. But you deserved the date because of the development of events internally, and all the things you did that were necessary to get a date. I believe you will celebrate the day you receive information from Brussels, Kukan said.

He disagrees with French President Emmanuel Macron’s stance that the EU should first be reformed from the inside and then enlarged, but said he also notices from Macron’s latest statements that his stern stances have softened.

Eduard Kukan, who was part of the troika of MEPs tasked with our country, as regards the prosecution law and the fight against corruption, says these are very important issues that the EC is following with particular attention. It would be good, Kukan says, for the prosecution law to be adopted before October 16 when the European Council convenes and when the decision to open accession negotiations with Macedonia is expected.

I know your politicians are involved and very interested in this and that these are not easy issues but given the situation in the country and its ambition to get a date for start of negotiations, I think everyone should be aware of the time factor, because timing is very important, emphasizes Kukan.

Concrete results are needed, not theoretical debates. Regarding the “Racket” case all your politicians say it’s very important to resolve it quickly and in a truly objective manner, but here again, the EU expects to see concrete results, and your leaders hold the political responsibility, says Eduard Kukan in the interview with MIA.