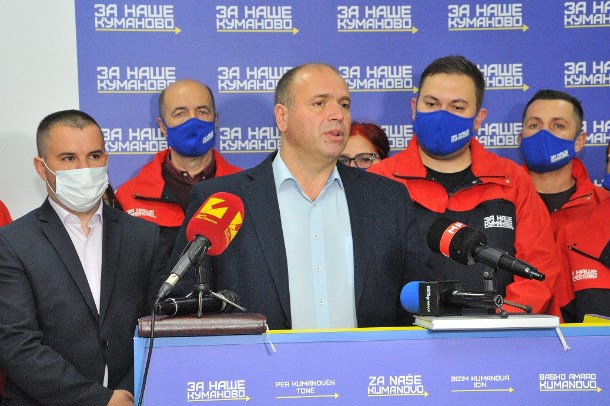 The Alliance of Albanians and Alternative parties announced that they will support the re-election of Maksim Dimitrievski in Kumanovo. Dimitrievski split with the SDSM party after a feud with Zoran Zaev and especially Zaev’ Interior Minister Oliver Spasovski, and now faces an SDSM candidate in the run-off (as well as police pressure and intimidation).

Dimitrievski thanked the Albanian opposition parties for their offer and said that he continues to seek the support of all groups and citizens in Kumanovo. He narrowly beat the SDSM candidate Oliver Ilievski in the first round, and given the size of support for VMRO-DPMNE, whose candidate Toni Mihajlovski ranked third, it’s likely that Dimitrievski will win the run-off with the help of the unified opposition parties.