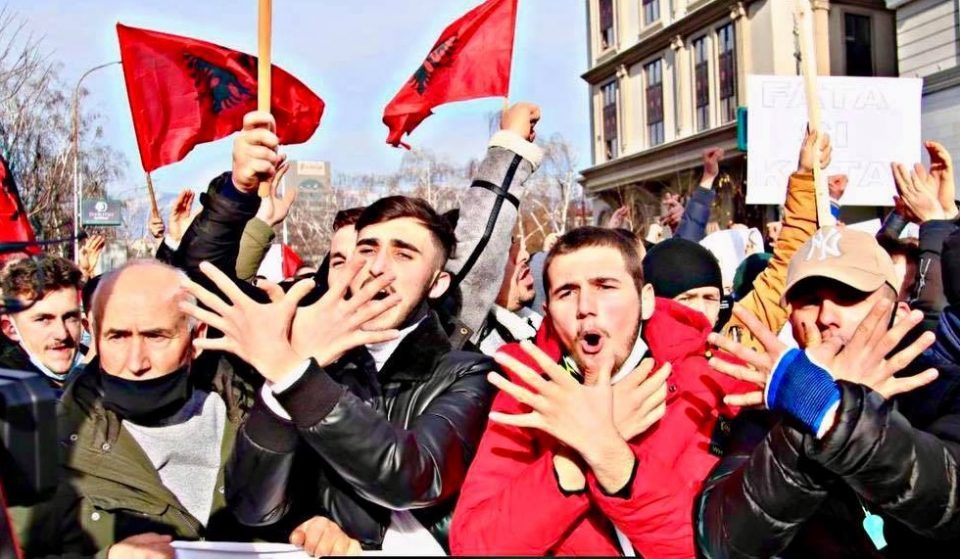 A large protest is expected early afternoon in Skopje, after the Friday prayers, as Muslim Albanian groups demand that the sentences in the 2012 Good Friday massacre are overturned.

After a lengthy retrial, the court again gave life sentences to the three Albanian islamists who killed four Christian Macedonian boys and one man near Skopje. Two of the islamists fled to Kosovo and have since disappeared.

Albanians generally reject the sentence due to a campaign of spreading conspiracy theories initiated in 2015 by now Prime Minister Zoran Zaev, as part of his Colored Revolution. Zaev claimed that he has “horrific evidence” about the involvement of his chief political opponents – the VMRO-DPMNE party – in the massacre and that the islamists were not guilty of the brutal killings. After grabbing power in 2017, in large part due to help from ethnic Albanian voters and coalition partners, Zaev refused to share the evidence with the public, and finally, in 2020, acknowledged that he has nothing new of substance to offer in the case. This is unacceptable to the Albanian community.

The protests will begin in Cair, Skopje’s central majority Albanian district, include a march on the courthouse and finally – the Government building. During previous recent protests, the protesters skirmished with the police and changed in support of the UCK terrorist organization, for Greater Albania and some of the family members threatened war if their relatives are not released.