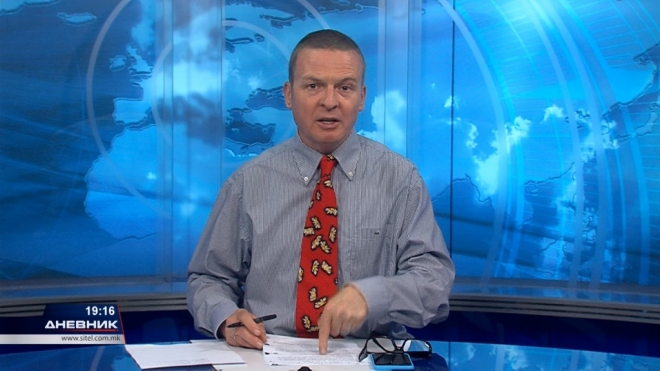 Dragan Pavlovik – Latas, the long serving editor in chief of the best watched Sitel TV station, announced today he is resigning in order to reduce the political pressure exerted on himself and on the TV station. Latas faced criminal charges from the Special Prosecutor’s Office and was off the air since Zoran Zaev took over the Government in 2017.

The reason for my resignation is to protect myself from further pressure, and also to protect the media outlet I work with. I have worked in Sitel since 1997 and in the course of this time Sitel grew into the leading media outlet in Macedonia, and most of the relevant journalists in the country have learnt their trade here. I will always be grateful to Sitel TV for the opportunity it gave me, it is my life’s work, said Latas, adding that he will continue to work in the TV station.

Besides Latas, the small opposition Socialist Party, whose leader Ljubisav Ivanov – Zingo is also owner of Sitel TV, has also face direct pressure from the prosecutors and the police under the Zaev regime. One of their members of Parliament, Vladanka Avirovik, had her son who works for the Sitel TV parent company, charged over a public contract, and Avirovik was forced to vote in favor of renaming Macedonia into North Macedonia. Her son’s prison sentence was commuted into a suspended sentence as a reward.

Then, in early February, three former agriculture ministers, all nominated by the Socialist Party, were arrested in another politically driven prosecution. One of them, Ljupco Dimovski, refused to vote to rename Macedonia and the arrest was seen as a form of personal punishment against him, on top of being used to influence the Sitel TV editorial policy.