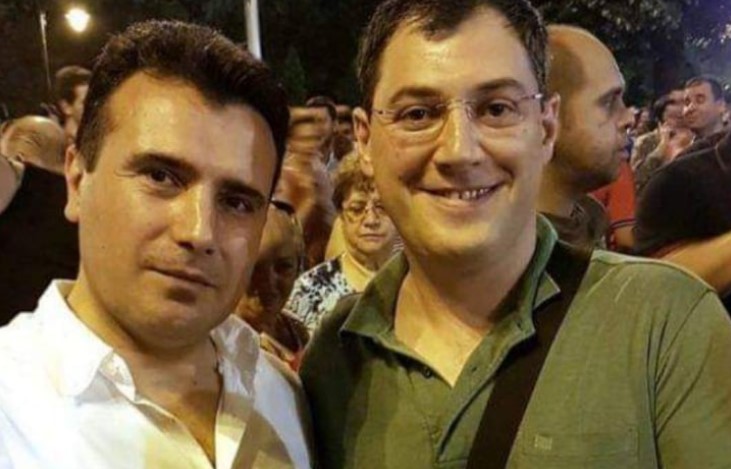 Our Constitution does not allow retroactive application of laws that are more restrictive than the previous one, argues businessman Robert Mileski, a former participant in the “Colored Revolution”. He says there was a similar case in Slovakia, and then the European Court in Strasbourg ruled in favor of the former intelligence chief to whom the case was referring.

The Constitutional Court would assessed whether ex-President Ivanov had legal grounds to withdraw the pardons three years ago.

I have written about the same subject at least twenty times, but here to reiterate once again- Ivanov DID NOT HAVE legal grounds to withdraw the pardons because that law was passed after the pardon, and our Constitution prohibits retroactivity to laws that are more restrictive than the previous one. Every lawyer knows this, but they do not say it because it was not politically correct then or now, but I do not calculate the truth. Proof that I am right is the decision of the Supreme Court of Greece not to deliver the two defendants, and the explanation was the following: for the crimes they are wanted in Macedonia they were once pardoned by the President of the State. There is also a comparative case to ours in Slovakia regarding the pardon of the former intelligence chief. In that case, the Strasbourg court ruled in his favor. The same will happen with all court decisions that Ivanov granted pardoned to. Even Gruevski will be free, writes Mileski.

He recalls the decision of the Supreme Court of Greece not to hand over the fugitives Goran Grujevski and Nikola Boskovski, because in Macedonia they will be tried for a crime for which they were already once pardoned. For the Supreme Court of Greece – Grujevski and Boskovski are pardoned by President Gjorge Ivanov, and a pardon once granted cannot be revoked. Referring to European Court of Human Rights rulings, the main argument for the Greek Supreme Court to accept their complaint and not to extradite them home to face in court processes over the mass wiretapping was precisely Ivanov’s pardon, which he pulled out under political pressure.

Mileski: Venice Commission confirms violent and unconstitutional adoption of the Law on Languages