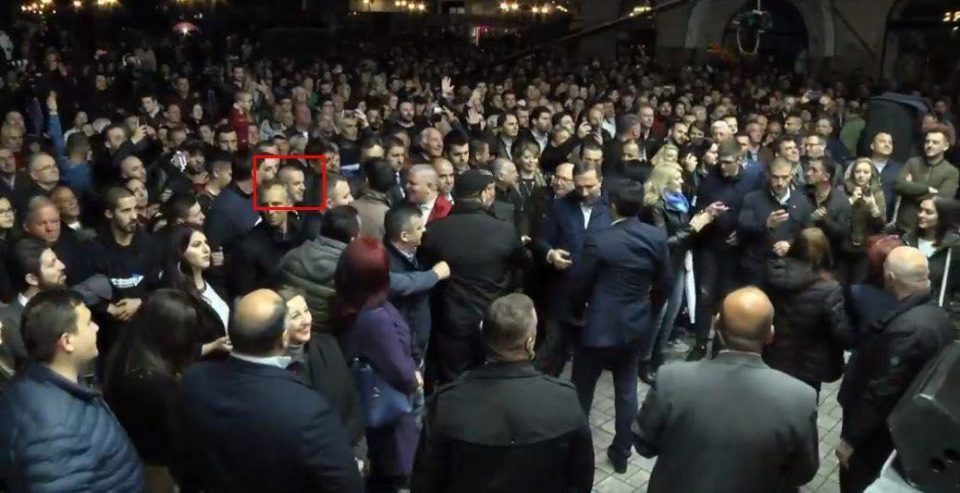 Bajrus Sejdiu, the notorious cigarette smuggler who once held the city of Kumanovo in his grip, was spotted standing prominently in the Kumanovo rally held for Stevo Pendarovski, the SDSM – DUI presidential candidate.

Sejdiu was the owner of the Kumanovo tobacco factory, a local major flour mill and a number of other businesses. He was arrested in 2008, under charges that he secretly producing extra quantities of cigarettes which he is then smuggling outside of the country.

Sejdiu was also suspected of racketeering, money laundering and tax evasion. His total unpaid taxes amounted to 1.8 million EUR at one point, putting him among the top tax withholders in the country.

He was sentenced to more than 12 years in prison, but after the change at the helm of the country, his luck ahs turned to the better. He is now released, has not paid his back taxes and is now an SDSM – DUI supporter, while the top police officials of the previous VMRO-DPMNE led Government, which put this criminal away, are themselves being politically persecuted. 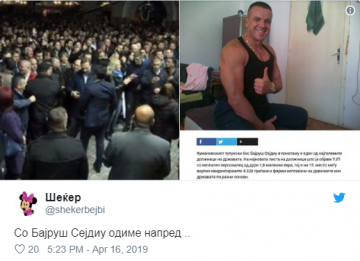