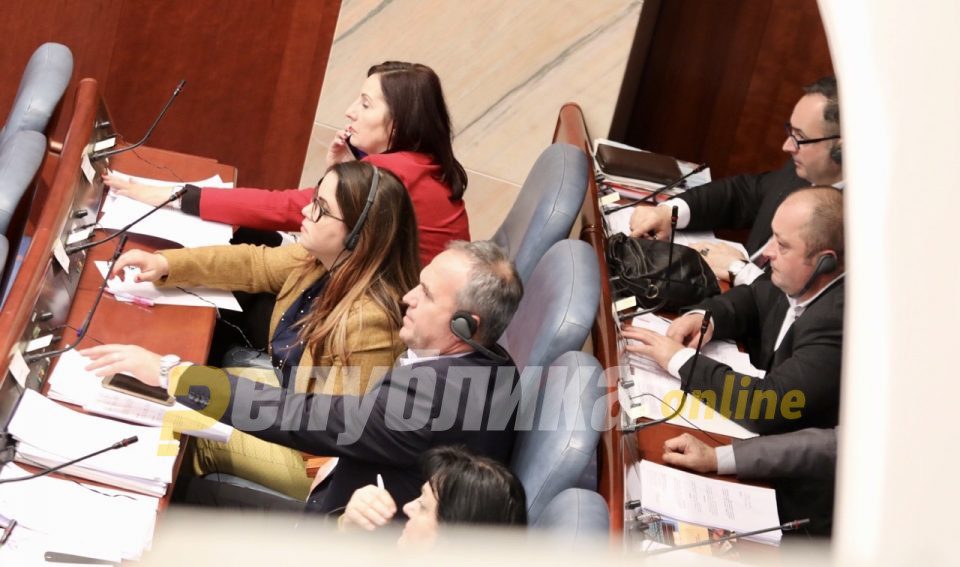 The witness in the “Racket” case, prosecutor Lile Stefanova, who testified before Vilma Ruskoska’s deputy Gordana Smakjoska today, appears to be the key witness who today confirmed VMRO-DPMNE’s indications to the role of SPO and Katica Janeva in the process of constitutional changes to change the constitutional name of the country.

Prosecutor Lile Stefanova at today’s hearing in the “Racket” case mentioned a letter that the suspect Orce Kamcev gave to her, in which Saso Mijalkov interfered through Natasa Savova to release Kamchev from custody.

I gave it to Janeva, and she did not reply or brought it up again. At the time, people were released from detention for some vote in Parliament, Stefanova said, directly implicating prosecutor Vilma Rusksoka, who played a key role in releasing Mukoski, Arnaudov and Vasilevski to vote for the country’s name change.

Last November, VMRO-DPMNE President Hristijan Mickoski spoke about the role of the SPO and Ruskoska’s prosecution in the political plot of the government against the Republic of Macedonia at a rally in Radovis.

I take this opportunity in Radovis to tell Zoran Zaev, the Minister of the Interior, to have a conversation with your Radovis fellow citizen who was part of that SPO, so she will tell him how the charges and potential verdicts were changed and agreed. She will tell him how detention decisions were changed into house arrest to other interests according to someone else wishes. She will tell what kind of message Katica Janeva sent in the Viber group with all special prosecutors on January 9, 2019, right after the biggest act of treason that has ever happened to our state, the constitutional changes. How deputies were blackmailed, how people were put in custody, and then pressures and those same people were released. Let him ask your fellow citizen and she will tell him the coalition between the SPO, the prosecution bodies he runs, the judiciary and the government, Mickoski said.