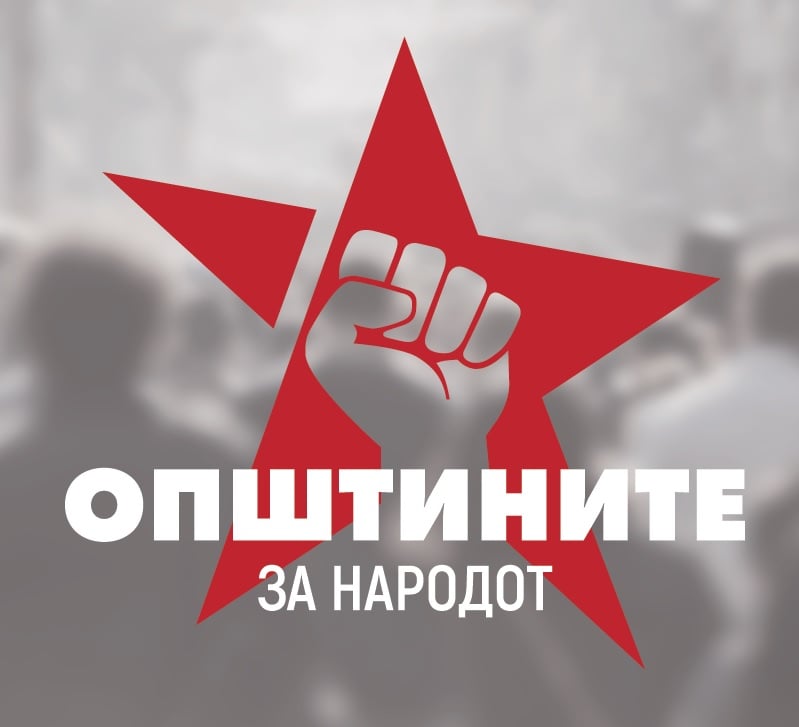 The Levica party announced its support for other oppositions candidates, in the second round of local elections on October 31st, for the goal of bringing down the Zaev regime. The party did well in the first round, especially in Skopje’s urban areas, and won over 55,000 votes in the council races and 20,000 in the race for Mayor of Skopje.

Considering the anti-Government and pro-opposition mood of our members, our supporters and sympathizers, and the fact that Levica is not built to be a one-use party but a fast growing political movement that gains primacy in the left political spectrum, in order to prevent new national humiliations and treason prepared by the vassal Zaev in relation with EU and Bulgaria, the Levica party leadership decided on the following. Levica only has coalition with the people and the citizens who work from their labour, whose class interests we represent. We reject a formal coalition with any other political subject, from the Government or the opposition. In this historic moment, aware of the greater political picture and the state interests of the Republic, our duty, as a new generation of uncorruptible Macedonian politicians, is not to serve as a straw of rescue for the hybrid regime of Zaev and DUI for its continued survival and rule. We will be the key political actors that will deal the final blow for the definitive fall of Zaevism and the ultimate dethronement of DUI, who are a blend of servile and thuggish rule contrary to the national interests and the ASNOM ideals of the Macedonian people. Considering the vote for mayors in the second round of the elections, we appeal to the reason and conscience of our members, supporters and sympathizers, so they may vote according to their own convictions. Levica points that, at the moment, it is useful to follow the wave of anti-Government orientation of the popular will, and against the harmful policies of the quisling Zaev and the corrupt DUI structures which have occupied every pore of our society, so that we may finally dethrone this outgoing mafia-criminal clique, the party said.

The call to vote against the SDSM and DUI candidates for mayors is a clear call to support VMRO-DPMNE candidates in some key races, mainly the capital Skopje, where Levica won more than respectable 20,000 votes with its candidate Petar Georgievski – Kamikaza. The party can also be very influential in the tight race in Bitola, where it’s the main untapped source of votes for the narrowly tied VMRO and SDSM candidates, as well as in Skopje’s Centar municipality and a host of smaller cities and rural municipalities. This is a major endorsement for VMRO, at a time when Zaev’s SDSM party is trying to reel back renegade coalition partners such as LDP and DOM back into the coalition, as well as asking for the vote of green movements. Zaev’s pledge to resign as Prime Minister if he loses the Skopje mayoral race likely played the key role in driving Levica’s decision to pick a side in the second round.

Levica also announced how its elected council members will act in the future: “In the municipalities where there is absolute majority from (VMRO)-DPMNE or from SDS(M) our Council members will act as opposition and will represent the voice of the common people inside the institutions. In specific municipalities and in the city of Skopje, where the majority of the current parliamentary opposition (VMRO-DPMNE and the Albanian opposition parties) depends on our votes, there is a theoretical and practical opportunity that they give minority and conditional support – only on specific and clearly defined projects that are in the public interests of the people and for the good of the local population, including projects from our local programs. Any attempt of illegal and harmful activities on any part will be prevented and publicized by Levica. We do not rule out that in a given pilot-municipality, Levica asks to be given the chair seat of the Council, to increase its political experience and administrative capacity in the management of the municipality”.

Levica and VMRO-DPMNE had an uneasy relationship and often competed for the votes on the right. It’s unclear whether Levica’s rise harmed VMRO-DPMNE or SDSM more – both parties lost votes compared to the last general election and especially compared to the 2017 local elections. But while for VMRO the bleeding was limited, SDSM lost almost half of the votes it won in 2017, some of them likely to Levica.