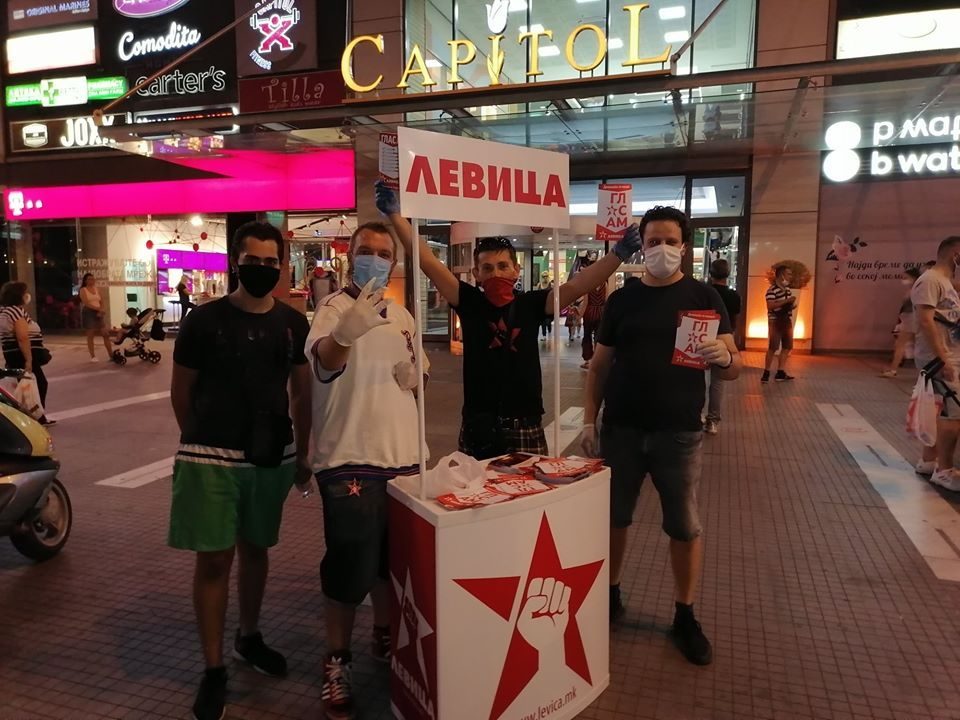 The small leftist party Levica said that it has secured the location of its stand in front of the busy Kapitol mall in Skopje’s Aerodrom district.

Levica said that Kapitol security has been trying to get them to remove the small booth, where they distribute promotional material, for days. Ultimately, Levica procured a sketch of the spatial plan, showing that they are operating on public property and not within land owned by Kapitol mall.

They had the police over but it could not help them because our activists had the plans to prove our point. Kapitol mall management then tried to use their political connections, but that also failed, Levica said.

The party, which was part of the 2015 Colored Revolution but has since turned on the social-democratic SDSM party is hoping to secure seats in Parliament on an agenda of fighting corruption, left wing economics and opposition to concessions on Macedonian national identity issues.