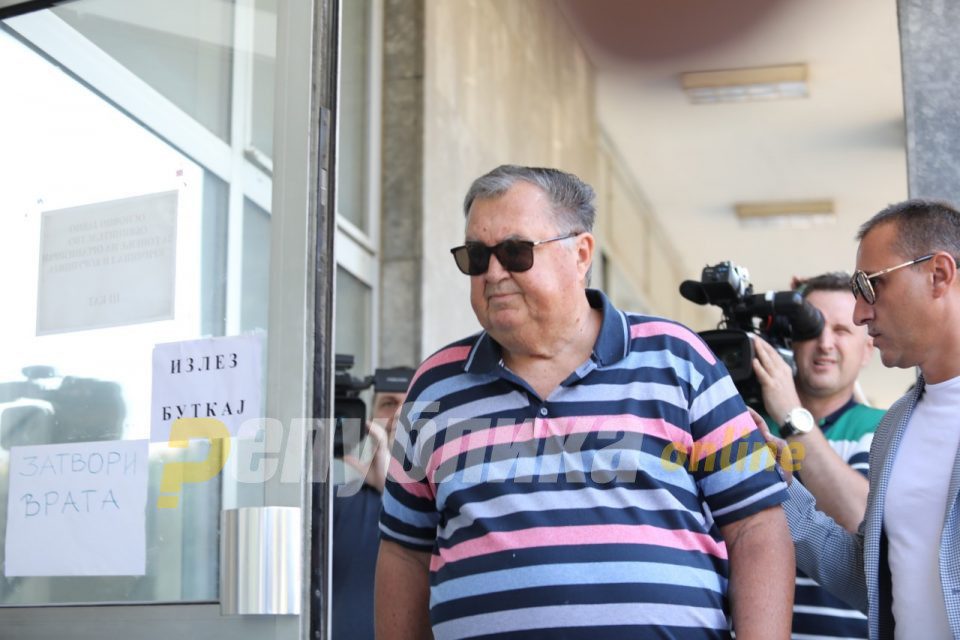 Yesterday’s statement by Siljan Micevski is not only contradictory to his earlier claim, but also to the statements of 1TV director and one of the owners of International Union Jasna Mandic and the financial police director Arafat Muaremi, Deutsche Welle analyzes, comparing the statements of the Bitola businessman involved in the deals of Bojan Jovanovski’s International Association and the “Racket” case.

His statements made a month ago and now are completely contradictory. Namely, after disclosing the fact that his construction company “Pelister” is one of those who signed a contract with Boki 13’s non-governmental organization for the construction of a European housing facility intended for the elderly, he confirmed that 720,000 MKD money was transferred to Liljana Todorovska’s account, because he knew she was the author of the idea for the complex. And пенсионер Todorovska also testified before giving a statement to the Prosecutor’s Office told the media that the money had been transferred to her account, but was withdrawn immediately from a person from the International Association.

Asked how he would return the money, he said briefly: “You will ask Bojan.”

Micevski says he wants the money he gave to Boki 13 back, as VMRO demands that the prosecutors finally get serious

The annual accounts of the organization, where for two years there were only 5,500 euros, show that the International Association’s account has received virtually nothing.

Financial Police Director Arafat Muaremi explained to BIRN in the second half of August how the first signal was received that something suspicious was happening. At the end of 2017, one bank reported to the Financial Intelligence Service that it had a suspicious transaction. Then it informed the Prosecutor’s Office, which had frozen the funds, and asked the Financial Police to investigate the origin and purpose of the funds. According to Muaremi, it was then determined that a construction company from Bitola transferred over 700,000 euros to a woman who was immediately summoned to the Financial Police. There she said the money was earmarked for a project that was conceived as a modern European retirement center.

The investigation did not stop there. The manager and owner of the construction company from Bitola were also summoned by the financial police.

His statement corresponded to the woman’s statement, Muaremi said, but said they continued to investigate because they suspected money laundering.