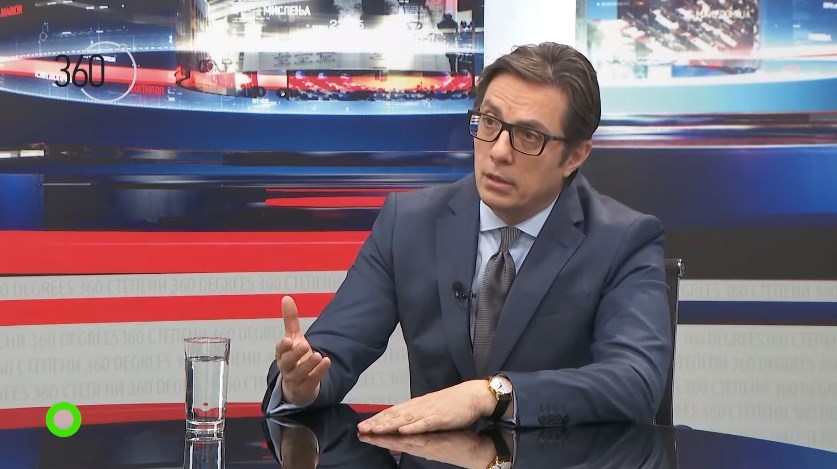 In an interview set to air this evening, President Stevo Pendarovski is quoted saying that Macedonia “does not need the EU” if the price we need to pay to join the Union is to give up being Macedonians who speak the Macedonian language.

Pendarovski did the interview at a time when Bulgaria is ramping up its demand for concessions before it can allow the opening of EU accession talks for Macedonia. Bulgaria wants Macedonian historians to acknowledge the Bulgarian national identity of a number of historic figures, mainly Goce Delcev, and insists that the language Macedonia uses in EU talks is referred to as the “official language of the Republic of North Macedonia”.

If the price is that we are no longer Macedonians and the language we speak is not the Macedonian language, then we don’t need the EU, is the “money quote” which the 360 Degrees program aired ahead of the full interview.

Many will take Pendarovski’s statement with a grain of salt. He comes from the SDSM party which has, for years, promoted the notion that Macedonia is too weak to exist outside of the EU and will have to accept any and all concessions just to join the club. Even before, as foreign adviser to President Crvenkovski, Pendarovski strongly criticized the policy pushed by Nikola Gruevski, that Macedonia must have a base of self-reliance and can’t accept all the conditions put before it by its neighbors.

Zoran Zaev, the SDSM party leader who had Pendarovski nominated and elected President, was also presenting himself as a hawk at times – he would speak about guaranteeing the protection of the Macedonian national identity, and waxed lyrical about what he referred to as his “Macedonian string” – a strongly held sense of identity. And yet, once in office, he signed the treaties with Greece and Bulgaria that rename Macedonia and fundamentally redefine what it means to be a Macedonian.

Pendarovski gives Kovacevski the mandate to form the next Government