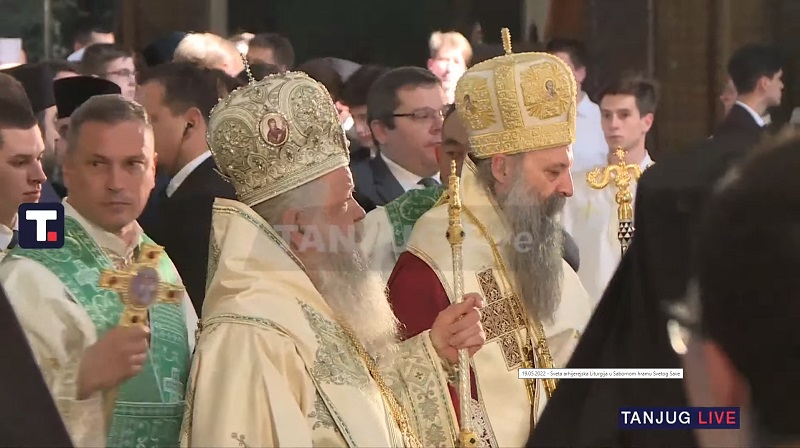 Top religious leaders from Macedonia and Serbia are attending a joint mass in the St. Sava cathedral in Belgrade, to reconcile the two churches.

It’s not clear what the final outcome will be, as the Serbian church only offers broad autonomy – an offer the Macedonian church has rejected in the past. Secret talks are on-going and the outcome should be known by the end of the month.

KAS report: The coming election of the new Serbian Patriarch will determine which way the church dispute with Macedonia goes