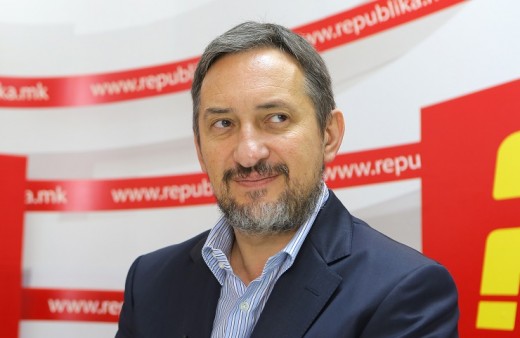 In a TV debate, former Prime Minister Ljubco Georgievski reiterated his positions that Macedonia needs to make serious concessions to Bulgaria and rewrite its own history. Georgievski, who holds a Bulgarian passport since the period he began facing persecution after his election loss in 2002, insisted that Macedonian history is based on lies.

According to Georgievski, Macedonia must concede to Bulgaria that the medieval kingdom of Tsar Samuil was a Bulgarian state, and that it must delete references to the Bulgars as a nomadic tribe. In more recent history, Georgievski said, Macedonia needs to stop referring to the Bulgaria during the Second World War as a fascist state for its siding with Germany for most of the war, and as occupiers for the conquest of Macedonia in 1941. Georgievski insisted that Macedonian history books are easier on the Ottomans, despite their five centuries of occupation of Macedonia, and to the Serbian occupation, but heap scorn on Bulgaria for a shorter period of occupation.

Critics of this demand insist that it will grant Macedonia the nominal recognition of its nation and language, but will devoid them of any historic heritage and meaning. Bulgaria is currently blocking Macedonia from opening EU accession talks until its demands are met.

Georgievski recently raised these positions in a social media post that was warmly received in Sofia, but created uproar in Macedonia, much like Zaev’s BGNES interview did several months ago.