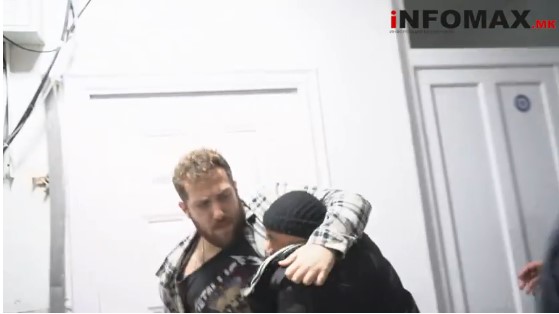 The Infomax news site published the video from the attack on their crew in Prilep on Saturday. According to the site, the attacker is Aleksandar Spirkoski – Dzemo, a local criminal and a convicted pedophile who was recently released from prison.

Infomax recorded Spirkoski and another local thug as they were discussing distributing up to 10,000 EUR from the ruling coalition to buy votes for the local elections. Their plan was to distribute food and other products to the poor Roma families in the city to buy votes for the SDSM candidate Goran Sugareski.

When they spotted the Infomax crew, the two attacked the reporter Milos Milosevski and broke his camera.

After we released the video, we had dozens of people contact us with details about the attacker, Infomax said.

The news site reported extensively on vote buying and intimidation of voters in the run up to the elections.