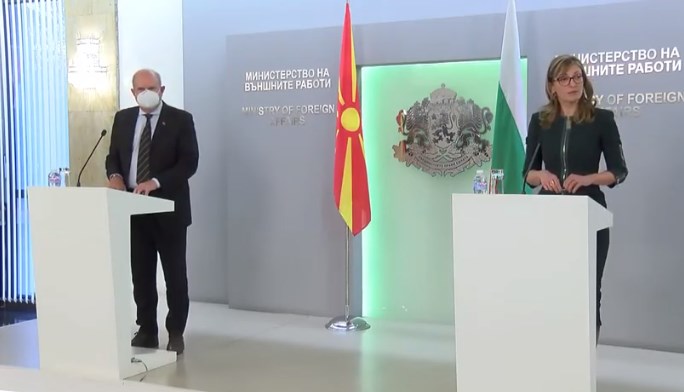 While the Macedonian public was breathlessly watching the Saso Mijalkov drama, a lot of activity seems to be going on in the relations with Bulgaria. Several high level visits were exchanged in a week, the latest being the trip of Foreign Minister Bujar Osmani to Sofia. Zaev’s envoy to Bulgaria Vlado Buckovski is now announcing that a deal is close, but that the public may not like what it entails.

From the meeting in Sofia, the only concrete piece of new insight that was shared with the public is that Bulgaria will support Macedonia’s EU accession – but if certain preconditions are met. The country demands major concessions from Macedonia in rewriting history and in redefining the Macedonian national identity so that it means that the Macedonians were Bulgarians until fairly recently. Bulgaria vetoed Macedonia’s EU accession talks late last year and no movement has been made in the talks as Bulgarians prepare to go to the polls next month.

In a TV interview, Bulgarian Foreign Minister Ekaterina Zaharieva said that Macedonia should not expect that other greater powers will pressure Bulgaria to relent – after a German push was rejected and Macedonian officials began to put their hopes in the Biden – Harris administration. “They need to understand that the EU does not operate like Yugoslavia did. Nobody can order us what to do in the union”, Zaharieva said.