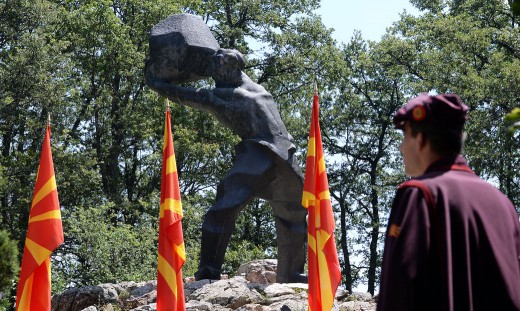 The main event – the gathering at the Meckin Kamen in Krusevo, which was the place of the last stand of the Ilinden rebels against the overwhelming Ottoman forces, will go without a major dignitary present. The main speech was supposed to be given by Parliament Speaker Talat Xhaferi, but he’s still recovering from a bout of pneumonia, so his deputy Goran Misovski will lead the delegation instead and he will be joined by Defense Minister Radmila Sekerinska. 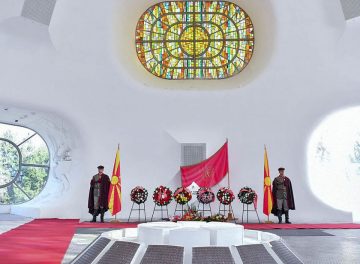 A change is being made in the gathering in Skopje as well. Instead of speaking at the monument to Metodija Andonov – Cento in downtown Skopje, interim Prime Minister Oliver Spasovski will give a speech at the Kale fortress. Cento was the first President of Macedonia elected at the ASNOM assembly but was persecuted after the war, and his family was persecuted anew by the Zaev regime – his great-grandson now a political prisoner. The Government will have a lower level minister lay flowers at his monument. ASNOM itself was partly written out of the Macedonian Constitution last year, as part of the constitutional amendments and the forced renaming of the country.

And President Stevo Pendarovski will visit the Pelince memorial center, that was built close to the border with Serbia after the Serbian Orthodox Church repeatedly forbid the honoring of ASNOM at the St. Prohor Pcinski monastery, where the assembly was held. Several government members, such as Mila Carovska and Damjan Mancevski, will accompany Pendarovski.
Because of the coronavirus, citizens who attend these gatherings are urgede to keep distance. The usual art performances are largely canceled.