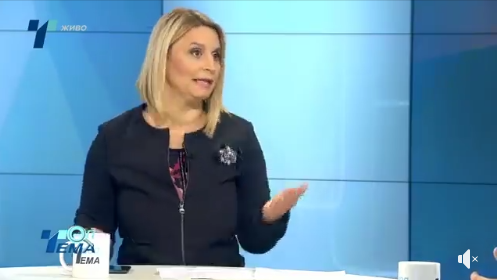 I think if Geroski’s article didn’t come out, Boki never would have been arrested, the “Racket” affair would never have been disclosed, and I think someone wanted to cover it up, says Snezana Lupevska Sozen, editor of Telma and the “Kod” show.

As the public began to speak, an investigation was launched and Bojan Jovanovski was arrested. I have the impression that somebody really wanted to cover it up, Lupevska said on Kanal 77’s Stadion radio show.

She said that the whole investigation, given the time when the recordings were taken, sending them to the Prosecutor’s Office and Jovanovski’s arrest, was moving very slowly.

Why, if you follow where Orce Kamcev’s one million euros ended up and where the other money that was paid to the non-governmental “International Association” went – whether to Boki’s bags or expensive clothes, or someone else is the ultimate consumer of those money, that is, they have been delivered elsewhere, there are various speculations about that, then you will really know the bigger picture of the “Racket” case, Lupevska added.