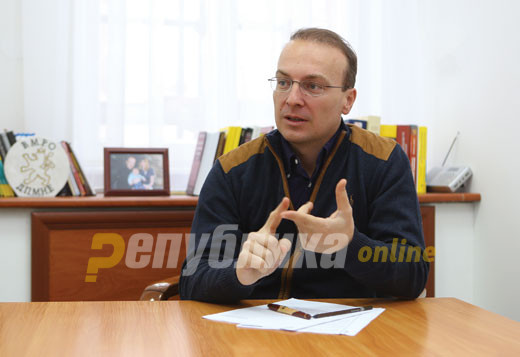 The decision of the SDSM-led government to impose sanctions on Turkey was wrong, VMRO-DPMNE lawmaker and former Foreign Minister Antonio Milososki wrote on Facebook, pointing out to three examples that led the government to make a big mistake with this decision.

1. Friendships between countries are a long-term investment, and Turkey has been providing unreserved support to Macedonia for 30 years, even in times of blockades and sanctions that have undermined the country’s stability.

2. Macedonia and Turkey signed a Strategic Partnership in 2008, and diplomacy means continuity and respect for agreements, especially now that both countries are NATO allies.

3. A significant number of Macedonian expats live in Turkey, as the Turkish community is important in Macedonia, and these are people who deserve more respect and their use as a potential for economic cooperation in favor of both countries, Milososki said.

Zaev: We handed over everything to SPO, I do not remember that we had the “bomb” about Milososki