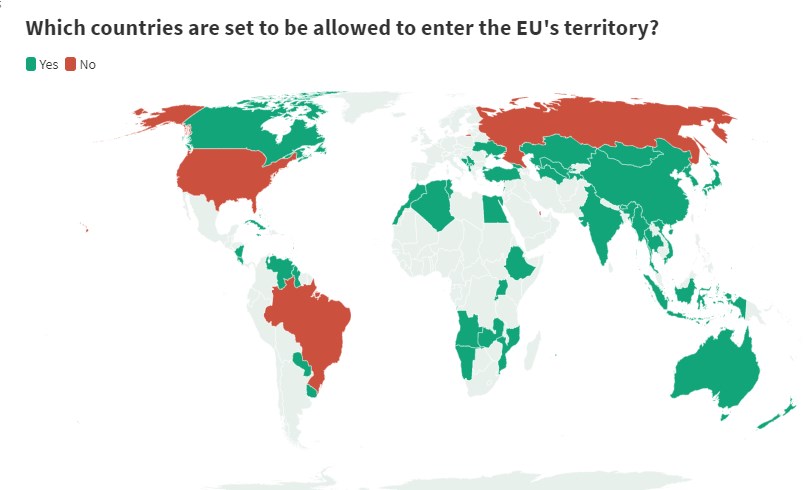 As of Friday, Macedonia is fully reopening its borders, enabling free movement of Macedonian and foreign nationals without the obligation to provide a valid PCR coronavirus test, and without having to be quarantined. The Skopje International Airport and the Ohrid Airport also fully reopen on July 1.

Although the European Union countries were originally supposed to be open to non-members, the decision will be reconsidered due to the growing number of coronavirus patients in the region.

According to the latest two lists, one for those that will be accepted, and one for those who will not, Macedonia is on the latter list.

Thus, according to Euronews sources, Macedonian citizens do not yet have the approval to be able to travel to Europe after the opening of airports.

In addition to Albania and Serbia, countries such as Mozambique, Zambia, Bhutan and Myanmar are also on the approved list.

Dr. Petlickovski: Rising number of Covid-19 infections among children aged between 6 to 14 years, additional testing sites to be opened