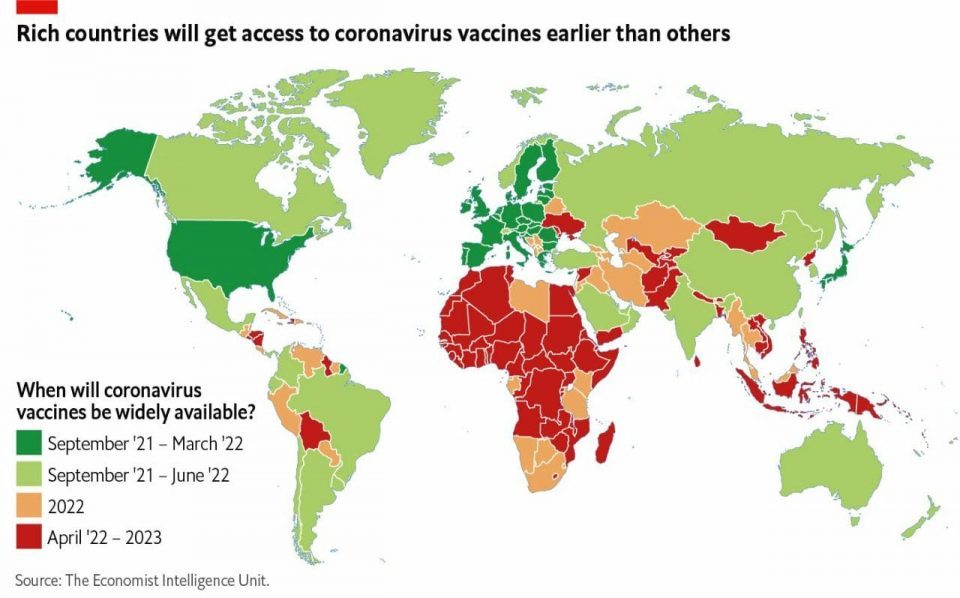 Nearly one billion doses of the leading candidates for the Covid-19 vaccine have been provided to low- and middle-income countries under the Covax program, the World Health Organization said. Covax is a WHO global initiative for the equitable distribution of stocks of future coronavirus vaccines in both rich and poor countries.

The Minister of Health Venko Filipce announced that 833,000 vaccines have been provided for 400,000 citizens through the “Covax” mechanism, and the vaccination will be free of charge for the citizens.

The first vaccine to arrive on the market will be evenly distributed among all member countries that have applied to the Covax mechanism. So, when the most developed countries get it, we will get the vaccine then to, said Filipce in October when he announced that the vaccine would arrive at the end of this or the beginning of next year.

Mickoski: When we didn’t have any vaccine, the authorities said they deliberately didn’t procure it, now they say they were careful not to obtain more than needed, the world is laughing at us

Macedonia to receive 103,200 doses of COVID-19 vaccines through COVAX initiative by July