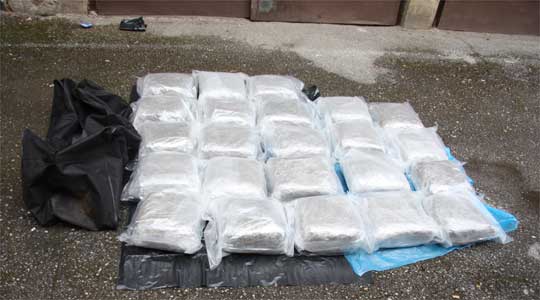 Two Macedonian citizens were arrested by Montenegrin police as they were transporting 12 kilograms of heroin. The man and woman were caught on the Kosovo – Montenegro border, following a joint operation by the police forces of Macedonia and Montenegro.

The drugs were kept in 24 packages hidden in specially designed safe place in the vehicle. It’s believed that the destination for the drugs was Italy.

Macedonian police informs that they are conducting additional searches to locate other people involved in the smuggling, as this was a well established route.

Convoy with 63 Macedonian citizens arrives from Montenegro, all are ordered into quarantine