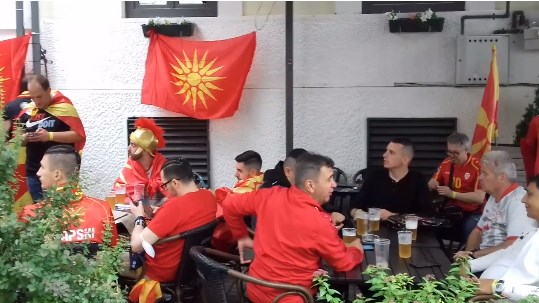 Thousands of Macedonian fans painted the Bucharest city streets and the national area in red and yellow, as our football team plays its first ever European Championship game against Austria. 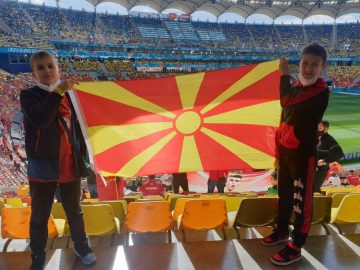 For several days now cafes and restaurants across the city are echoing with Macedonian patriotic songs and are adorned with both the state and Kutles flags. The show today moved to the stadium, where the Macedonian fans easily out-shouted the Austrian supporters in the opening of the game.

Emptying the stadium is not enough: police says it will break up group of Macedonian and Kosovan football fans