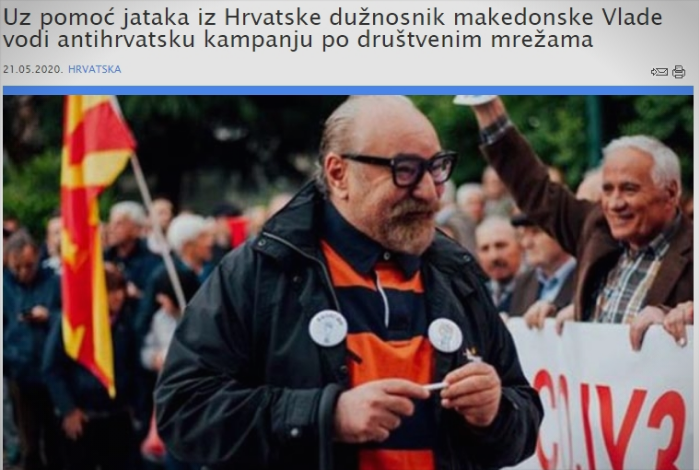 Gorjan Tozija, the head of the Macedonian Film Agency, published a serious of deep insults aimed at Croatia, where he once lived and left a trail of scandals.

Tozija has commented how “Croatia is led by fascists”, that the ruling “HDZ party is a fascist party” and accused Croatian Prime Minister Andrej Plenkovic of being “in league with Viktor Orban”. In some of his comments, Tozija even went as far as to compare Plenkovic with the wartime pro-Nazi Croatian leader Ante Pavelic.

Some of what Tozija was writing was in response to an article published by a Croatian journalist which was critical of the direction Macedonia is taking, and also covered the recent scandal with the publication of a stamp in Macedonia that portrayed a Greater Croatia.

The Hrsvijet.net Croatian news site published a collection of Tozija’s rants, asking the Macedonian Government to assume accountability for its official, especially in light of the incident with the stamp. The site notes that Tozija’s comments also drew criticism from Croatian representatives and a rebuke to SDSM party leader Zoran Zaev, reminding him that Croatia is a major supporter of Macedonia’s EU accession push.

Tozija was also involved in fraud in Zagreb, where he allegedly sold the same apartment he owned to several buyers, defrauding them of the money.