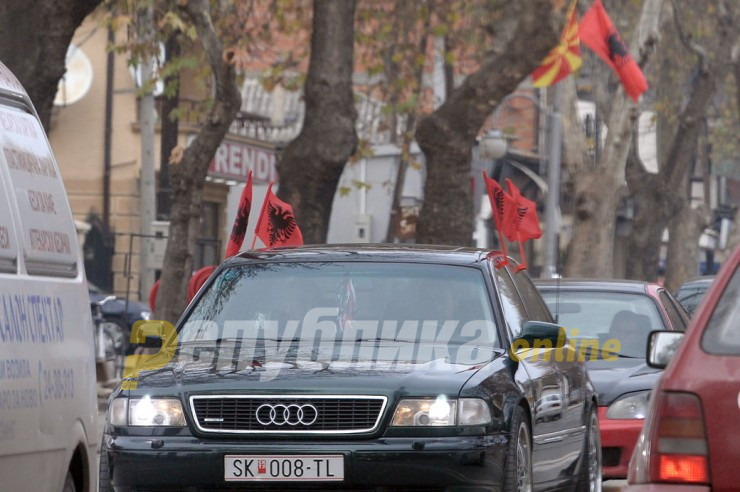 After the ad was completed and the results were published a number of applicants with typically Macedonian names were listed under the ethnic quota as newly hired Albanians and Roma. 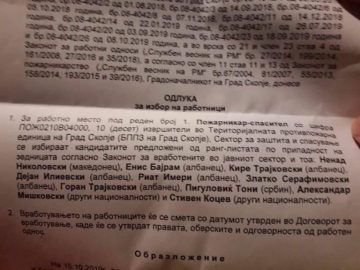 A certain Vlatko Kalcinoski declared to be a Roma to get the job, while the newly hired “Albanians” include Kire Trajkovski, Dejan Ilievski, Zlatko Serafimovski, Goran Trjakovcski and Tomislav Jankuloski. Two other men having typically Macedonian names were hired as “other ethnic groups”.

Preferential hiring laws demand that over 20 percent of all public sector employees are Albanians, and this often leads to much higher success rates during hiring for Albanians than for Macedonians. Out of ten job openings in the fire brigade, six were reserved for Albanians and only one for an ethnic Macedonian. Similar cases are reported every once in a while, from various institutions.

VMRO DPMNE: Kovacevski must take responsibility and resign, the French proposal is with his signature