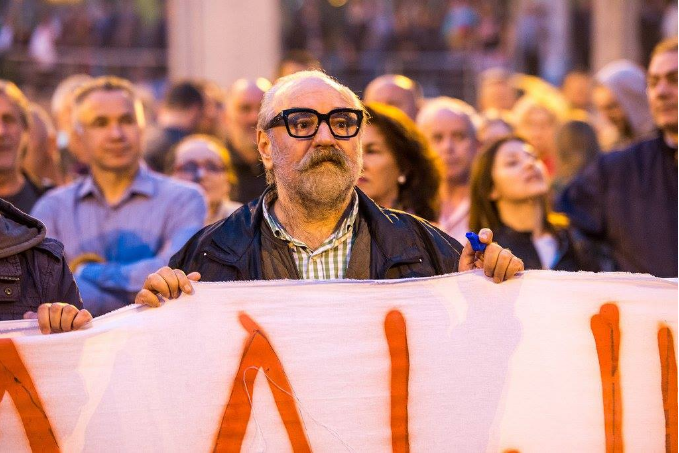 The Macedonian community in Slovenia has joined calls that the head of the Macedonian Film Agency Gorjan Tozija resigns. Tozija, a leftist activist film-maker who has long prospered associating himself with publicly funded projects, went on a series of hateful rants aimed at Croatia, Slovenia and Hungary. This included Slovenian Prime Minister Janez Jansa who, according to Gorjan Tozija, is “part of a club of criminals”.

Besides accused the leaders of these countries of being criminals, Tozija also using terms such as “fascists” for some. A number of politicians in Croatia and the Macedonian community there already called on Tozija to resign after referring to the ruling Croatian HDZ party as neo-Nazi.

As Macedonians and as citizens of the Republic of Slovenia, which is our second homeland, we would like to extend a public apology to the Government of Slovenia and the Prime Minister Janez Jansa, as well as to the entire Slovenian public, after the ugly and baseless insults issued by a high ranking official of the Government of the Republic of Macedonia, Gorjan Tozija. These insults are unbecoming of a high Government official and they have brought shame on us. Slovenia has always stood by Macedonia on its European path, as well as during the current pandemic, and our second homeland does not deserve to be insulted in this manner, the initiative Association of Macedonian – Slovenian friendship said in its press release. 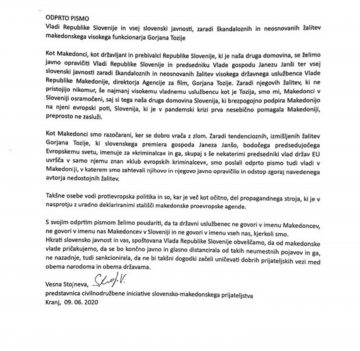 Days earlier, Croatian Foreign Minister Gordan Radman spoke with the Macedonian Foreign Minister Nikola Dimitrov to demand an answer whether Tozija, as a Government official, speaks for the entire Macedonian Government when he insults friendly countries in the region. Similar moves were also done on the Slovenian side. But Tozija, who has extensive personal business interests in Croatia and has left a trail of scandal in the past, has dug in and refuses to resign his position.

Mickoski: I spoke with Jansa, there is no “Slovenian non-paper”