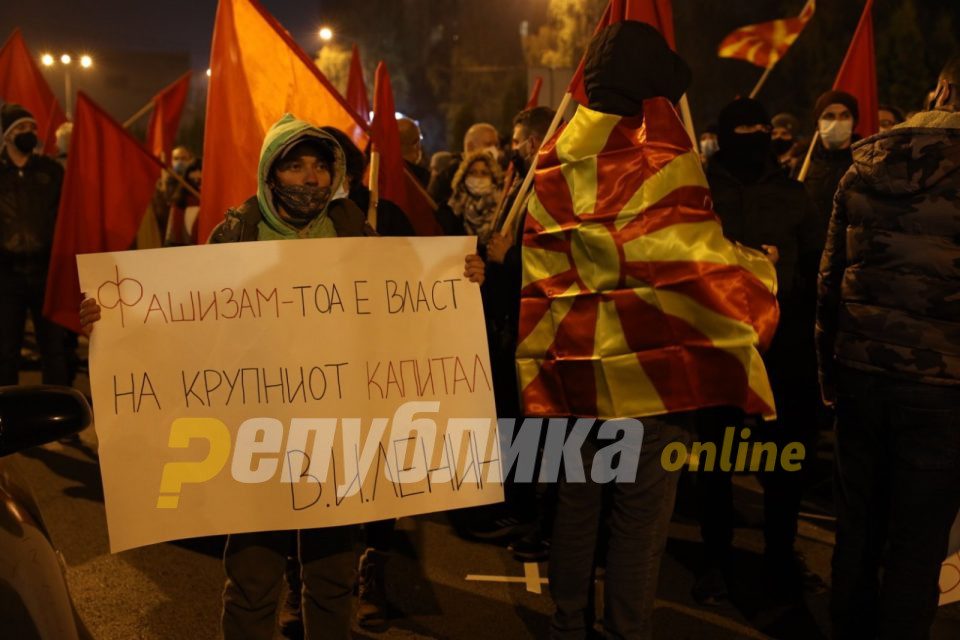 We continue together with the people in the battle to defend the honor and dignity of the Macedonian state and the Macedonian people. We will not allow humiliation and sale of state and national interests, and that is why all together, in large numbers we will send a message that Zoran Zaev and SDSM must leave as soon as possible because they brought only defeats and failures to Macedonia, said VMRO-DPMNE, urging the citizens to join the blockades in front of the Government of the Republic of Macedonia and the Ministry of Foreign Affairs tomorrow at 15:00 h and the protests that will be held in 15 cities across the country, starting at 18:00 h.

It is time for the citizens of Kumanovo, Makedonska Kamenica, Probistip, Delcevo, Pehcevo, Berovo, Vinica, Radovis, Valandovo, Dojran, Veles, Kavadarci, Prilep, Bitola and Ohrid to unite against the evil called Zoran Zaev and SDSM. Protest now, before it’s too late! Zaev’s resignation, freedom of the people!, the party said.