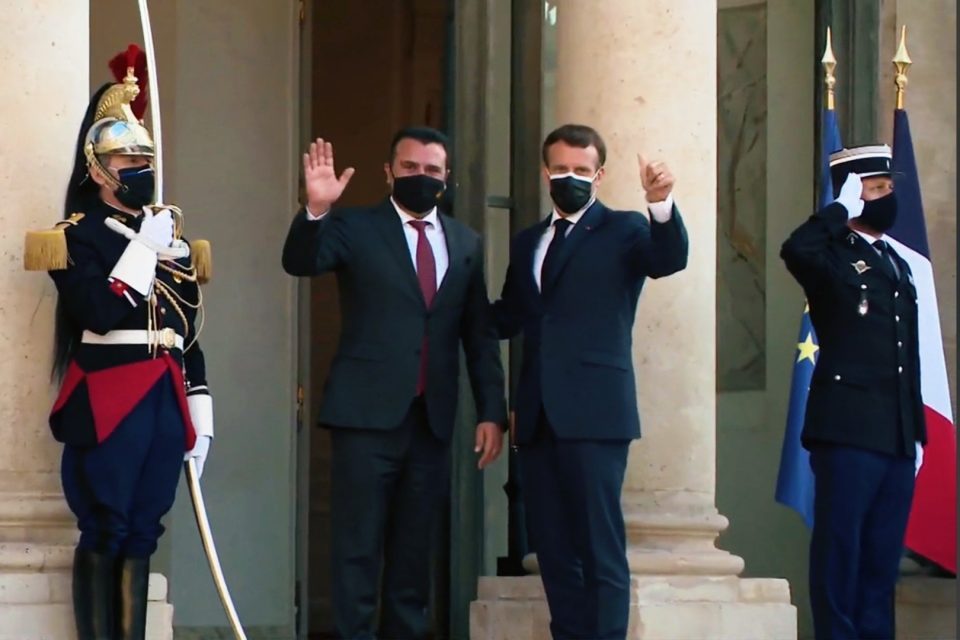 French President Emmanuel Macron, who blocked Macedonia from opening EU accession talks in 2019, came out in favor of opening the talks this year. Macron invited Zoran Zaev for a dinner in Paris this evening, and said that “it is time to act on this decision and we will work to find a solution to open the accession talks”.

This time around Macedonia is blocked by Bulgaria, which demands major concessions on matters of national identity and history.
Zaev responded with gratitude to the French President, saying that the coming late June meeting of the European Council “is the right opportunity for a step forward and lifting the blockade of our European path”.

In 2019, Macron insisted that the enlargement process needs to be reformed – which was done quickly by the European Commission. But in 2020, Bulgaria stepped up as the next veto power against Macedonia.

Macron also warned at the time that Macedonia and Albania can’t be decoupled, even though Macedonia’s case was seen as more advanced, because that would cause instability and nationalist outbursts in the Balkans. This year, Albania has an easier shot at opening the accession talks as it doesn’t face the Bulgarian veto, and it’s unclear whether the decoupling idea could be back on the table, but this time in Albania’s favor.