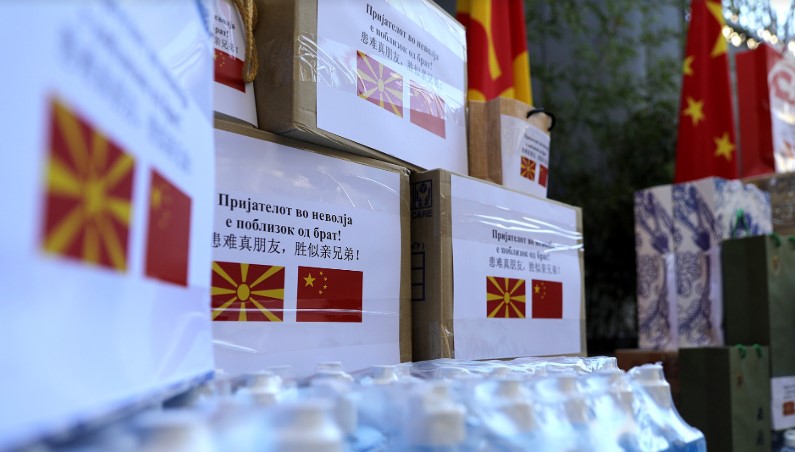 Let’s fight the COVID-19 pandemic through joint efforts, without discrimination and mutual cooperation, in order to enhance the healthcare system for the well-being of all mankind, said Chinese Ambassador Zhang Zuo on Thursday and added that China’s assistance for Macedonia is expected by the end of April.

Ambassador Zuo presented a donation of protective gloves, hand and surface disinfectants to the Media Information Agency-MIA, Macedonian Radio Television (MRTV) and daily newspaper Vecer, saying the pandemic should not be politicized.

There have been attempts to politicize the pandemic and tarnish China. I am really distraught when seeing reports on COVID-19 deaths and that is why I am against politicizing the virus, which knows no boundaries and no country can beat it alone, said Zuo and added that his country had received assistance from over 140 countries.

He said the people of Macedonia and China are fighting the pandemic together and victory can only be achieved through unity.

The Ambassador said the Chinese assistance for Macedonia is expected to arrive by the end of April.

We say that a friend in trouble is closer than a brother and that is why we will win this fight, said Zuo and thanked the media for their reporting on the friendship and cooperation between the two nations.