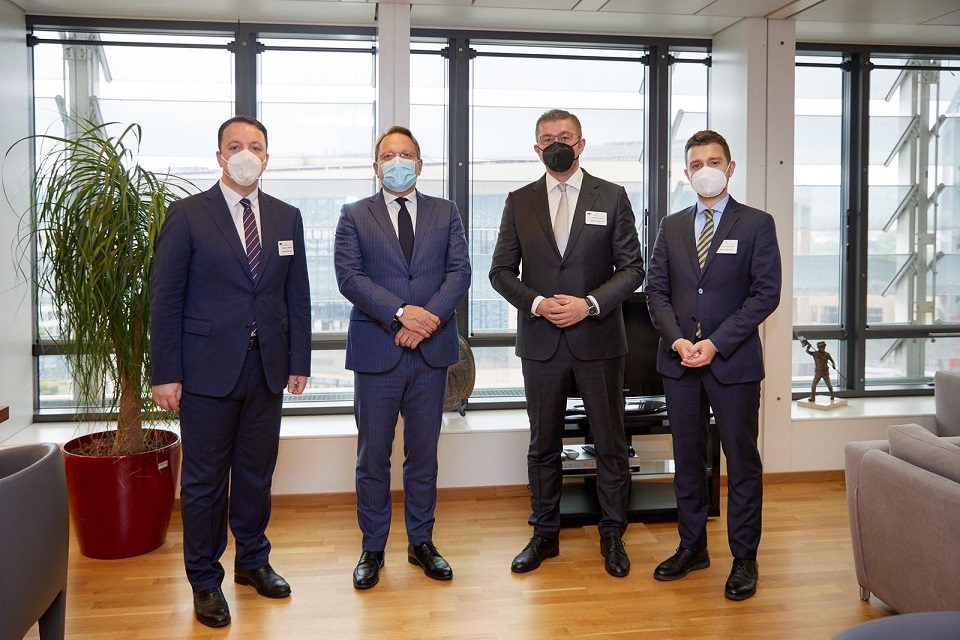 VMRO-DPMNE leader Hristijan Mickoski and his associates Aleksandar Nikoloski and Timco Mucunski concluded their visit to Brussels, where they met with numerous high level EU officials and politicians – mainly from the right. The goal of the visit was to lobby for support for Macedonia to finally open its EU accession talks.

The state met all the criteria for the start of negotiations in 2009, but the dispute with Bulgaria, for which Zaev assured us that he had closed all open issues, is an insurmountable obstacle. What is additionally worrying is the lack of a government plan to exit not only from the economic but also the political crisis imposed by the stagnation of integration. On the other hand, the abuses that the government in Macedonia makes with European values are noticeable, and the most glaring example is the introduction of higher taxes for citizens through the abuse of the European flag procedure. Such behavior has nothing to do and is contrary to the values of the European Union, Mickoski said after his meeting with EU’s Enlargement Commissioner Oliver Varhelyi. 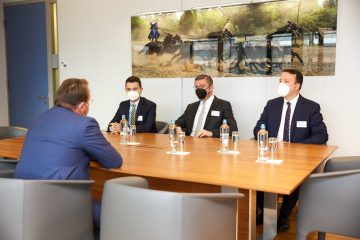 During the meetings, Mickoski also alarmed about the rampant level of crime and abuse of institutions by the Zaev regime. According to Mickoski, the behavior of the Macedonian Government is far removed from the values espoused by the EU.

The growing dispute with Bulgaria dominated the meetings, as it is now the main obstacle for the opening of accession talks.

Macedonia and the Macedonian people have friends here in Brussels and they will stand behind the interests of our homeland, our people and I already expect that at the next EU Summit at the end of this year, somewhere in December our eastern neighbor to finally come to its senses, after a new government is formed, the presidential elections in Bulgaria will also be over, they will be able to withdraw the veto, behave in a European way and Macedonia to finally start EU negotiations, Mickoski said after meeting EPP official and AFET chairman David McAllister.

The visit ended with an official meeting with the President of the European People’s Party, Donald Tusk.

We talked about Bulgaria’s veto and the injustice inflicted on the Macedonian people, nation and the Macedonian state, because after so many years, after so many successful reports for more than fifteen years we are still in the waiting room and victims of unprincipled demands by individual member states of the European Union, Mickoski said.