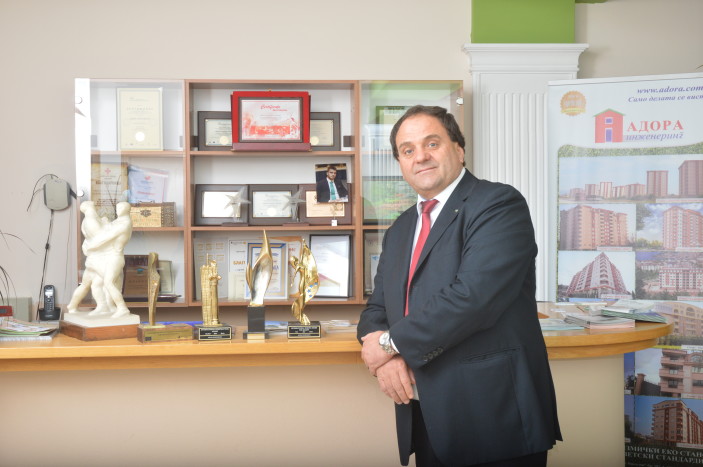 Macedonian copper and real-estate magnate Vanco Cifliganec announced that he is moving his investments elsewhere, in Serbia and Greece, as he doesn’t see favorable conditions to do business in Macedonia.

Cifliganec was exceptionally close to Zoran Zaev, and his son Dusko dated Zaev’s niece Eva Zaeva, which is why his announcement comes as a surprise. Cifliganec said that his moves out of the country are linked with the imposed ban on construction in downtown Skopje.

Until we have a favorable business climate in Macedonia regarding high-rises, Adora Engineering will operate outside of the borders. We expected that the recession will make the municipal authorities in Skopje’s Centar district more reasonable but that didn’t happen. We want growth in the country but that is not possible without growth in the municipalities. There is nothing better for the country than having the businessmen busy and filling the budgets of the municipalities and the state. Our business in Macedonia depends on the Centar municipal authorities, Cifliganec said.

Centar Mayor Sasa Bogdanovic declared a ban on new construction early in his term and has mostly held firm in the decision. Cifliganec insisted that an order from the Constitutional Court that declared the ban unconstitutional should be applied, but is still being ignored by Mayor Bogdanovic.

He announced that, unable to work in Macedonia, he is building an elite resort in the Serbian Zlatibor ski resort with 100 apartments. Cifliganec did business with Serbia in the 1990-ies, when he ran the major Bucim copper mine in Radovis. He since moved into real-estate, and is best known for the copy of the Flatiron building which he built in Skopje, as well as developing many dense residential areas around Skopje. Another development the company is pushing is in the Greek Chalkidiki peninsula and on the island of Thassos.

Musicians will protest the continued ban on live performances