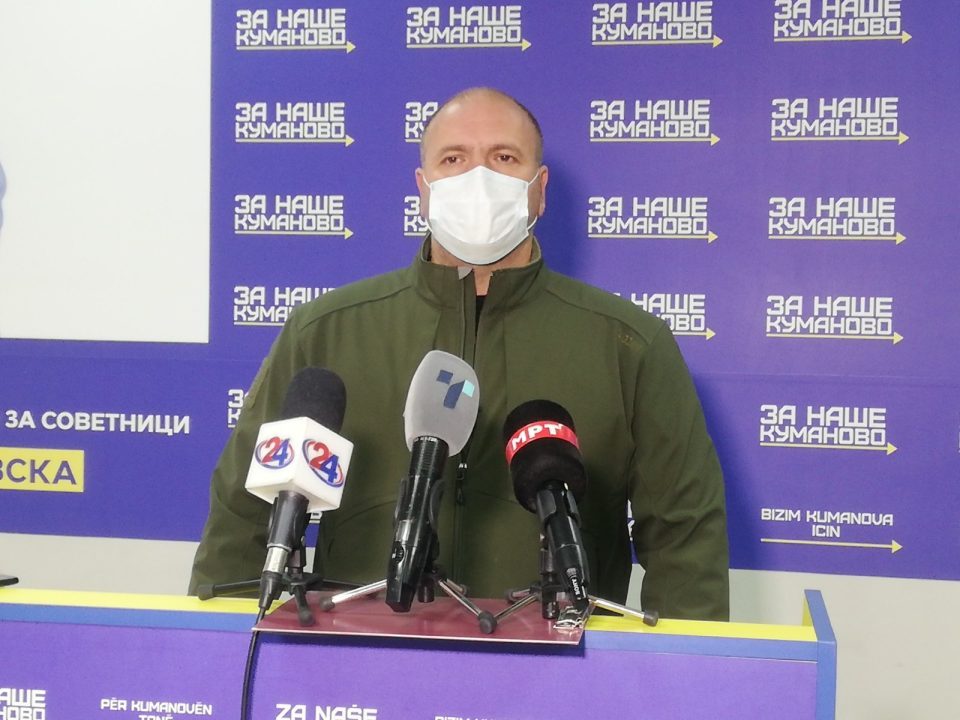 The independent candidate for mayor of the municipality of Kumanovo, Maksim Dimitrievski held a press conference where he informed about the pressure that occurred today by police officers.

For the third week in a row, there is unprecedented torture and pressure by some police officers in the Municipality of Kumanovo. As a candidate for mayor, I and all my supporters and activists from the headquarters “For our Kumanovo” are subject to physical and other surveillance by individuals employed in the Ministry of Interior. Namely, today, after I left work and went to my family doctor to go for a regular examination and receive therapy, we went there with Dejan Dimitrievski who was driving the vehicle, which is technically correct. We were followed all that time by a white vehicle Skoda Octavia, which has no flashes and other accompanying elements, it is a police vehicle, there were police plates, said Dimitrievski and added that the vehicle he was followed with was driven by the driver of the current chief of the Kumanovo police Stojance Velickovic.

After they saw him, they were stopped by three police officers who approached the driver in a very unprofessional way and asked for his documents, and they did not want to answer any of Dimitrievski’s questions at all.

We were стоппед for about an hour and a half. I asked them for an explanation, because there is no explanation why we were stopped. They said it was a routine control, they blocked the traffic on the street. On several occasions, they themselves violated the traffic law, said Dimitrievski.

According to him, this is just a continuation of the attempt to intimidate the people from his team and him as a candidate.

He also said that his election headquarters has received reports of several criminal acts are carried out in relation to the election process.

Dimitrievski: I do not want to elect a puppet leader who will be in the function of the former leadership