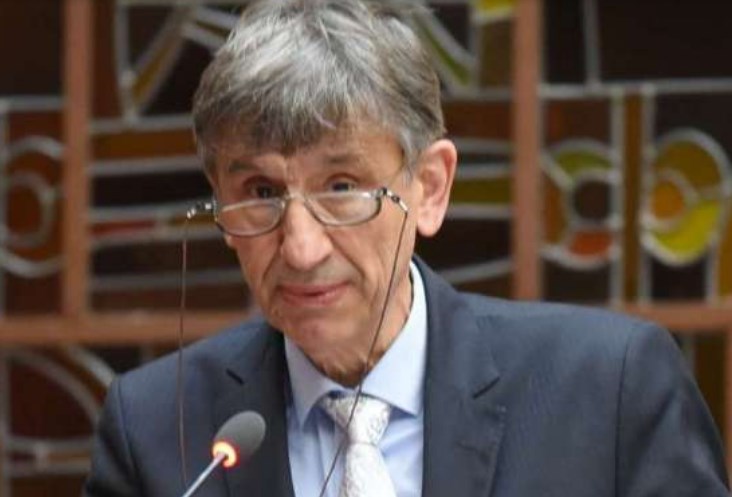 In my opinion, Macedonia, in the last few years moved gradually downward, to finally become a center of regional destabilization in 2020. This has happened, in large part, due to internal political turmoil, the lack of the rule of law, the incompetence and arrogance of domestic political elites, rampant corruption, crime and greed, but also in part due to similar phenomena and behavior in some EU countries. The results of destabilization are already visible in Macedonia on a daily basis, for example in, to put it mildly, the rampages that occur in several institutions and at multiple levels. Those who do not see it, in fact, from their (un) known interests, do not want to see it, said the president of MANU, Ljupco Kocarev, at the annual assembly of the Academy.

He said MANU should create a forum for open academic debate where different opinions will be heard, and no topic, not even the Prespa Agreement, should be treated as a taboo topic.

There is no need for an idealized approach according to which agreements are exclusively harmful / beneficial. Agreements are not written in stone, and their value is measured only by how much they respond to the challenges and needs of society. Of course, MANU should make a detailed analysis of the provisions of the agreements with Bulgaria and Greece, with special reference to the inherent connection of the agreements, which already create a synergy that was not foreseen or was overlooked at the time the two agreements were signed, Kocarev said.

Moreover, he said the Macedonian name, language, culture, identity, history, national consciousness and self-identity are a sovereign, inalienable universal right of the Macedonian people. Paradoxically and sadly, we have lost some of these rights in the search for the ancient past, while it seems that we will soon lose all those rights in the name of a European future, he added.

The President of MANU said that since the Ottoman Sultan Abdul Hamid II in 1903 until recently no one else had banned the name “Macedonia”.

Several American newspapers, then, commenting on the implementation of the order of the Sultan, wrote about the censorship of the Bible, he said.