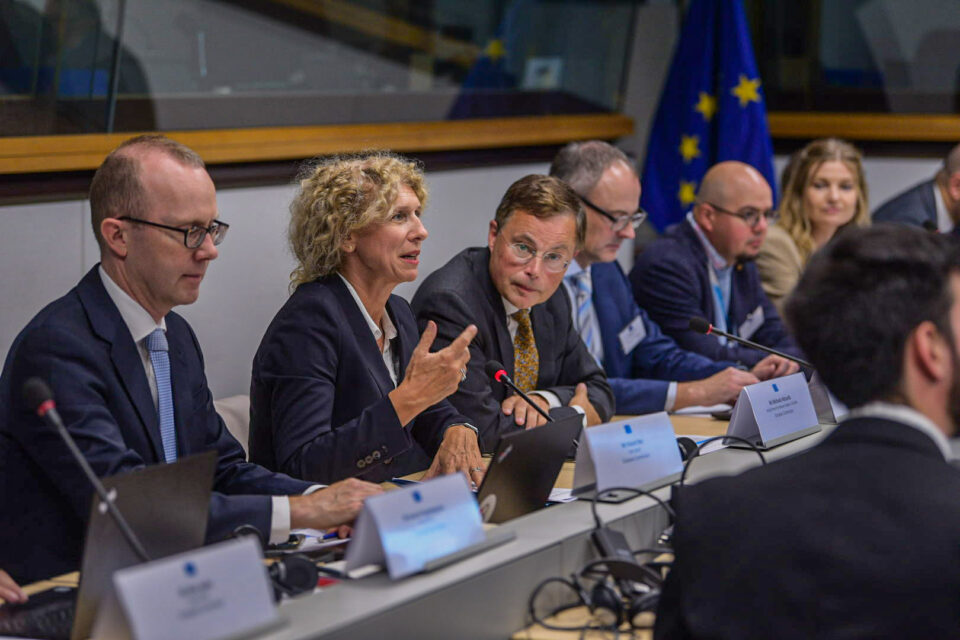 I am satisfied that the negotiations on the Status Agreement with the European Border and Coast Guard Agency, Frontex, have been completed and that we will soon sign this important agreement, in the Macedonian language, in the presence of the European Commissioner for Internal Affairs, Johansson, said Maricic at the meeting.

Deputy Prime Minister and chief negotiator Maricic added that this agreement is a step towards better management of borders and management of irregular migration, which is a common interest of both Macedonia and the European Union, as was proven in the past, especially during the migrant crisis in 2015.

In his opening statement, the Vice Prime Minister for European Affairs Maricic pointed out that the area of justice, freedom and security is an area of particular importance given the growing framework of common rules on issues such as border control, visas, external migration, asylum, police cooperation, fight against organized crime, fight against terrorism, cooperation in the field of drugs, customs cooperation and judicial cooperation in criminal and civil law.

The professional, reliable, and efficient police organization is of great importance in the negotiations with the Union. Migration and border management policies are extremely important and their development affects the direction of the socio-economic development of the country, as well as the direction and control of the measures taken to protect the security of the country and citizens, Maricic said.

Maricic is pushing for the opening of the Constitution

Maricic: Civil society to be part of EU negotiation process