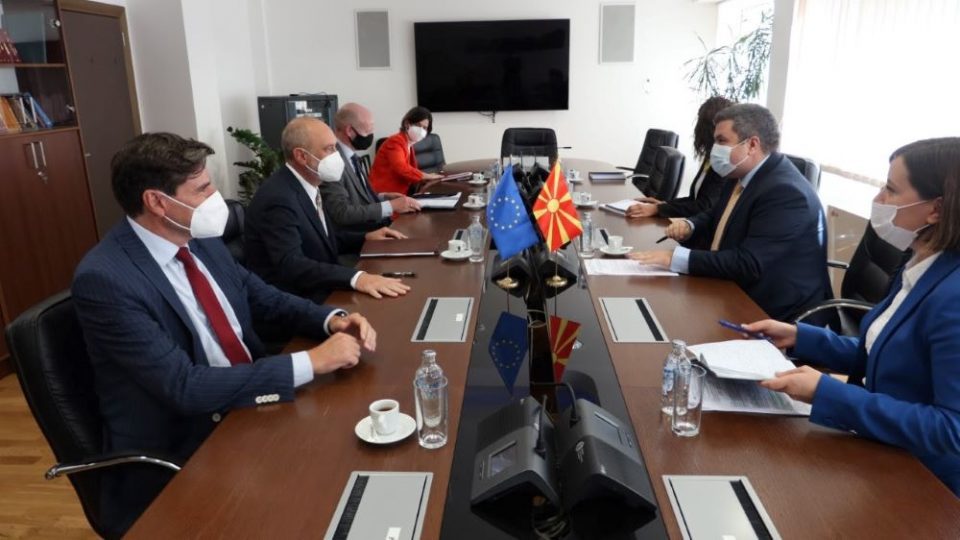 The key reforms regarding Macedonia’s European integration are in the justice department, so the EU support will be very important for the Europeanization and transformation of the country, said Justice Minister Bojan Maricic at Wednesday’s meeting with the new EU Ambassador, David Geer.

Welcoming the new EU Ambassador, Minister Maricic stressed that justice is the highest priority for citizens and that the greatest expectations are in this area: Increasing efficiency, transparency and ethics in the conduct of courts and prosecutors.

According to the Ministry of Justice, the preparations for the start of negotiations and the opening of Chapter 23: Judiciary and Fundamental Rights were also discussed at the meeting.

Maricic stressed that the rule of law, building an impartial, objective and efficient judicial system will be the focus of attention during his term, adding that in all processes and announced reforms in the judiciary and rule of law, the EU will be a partner in implementing reforms.

Talks will continue with this administration in Bulgaria and with any other in the future, says Maricic