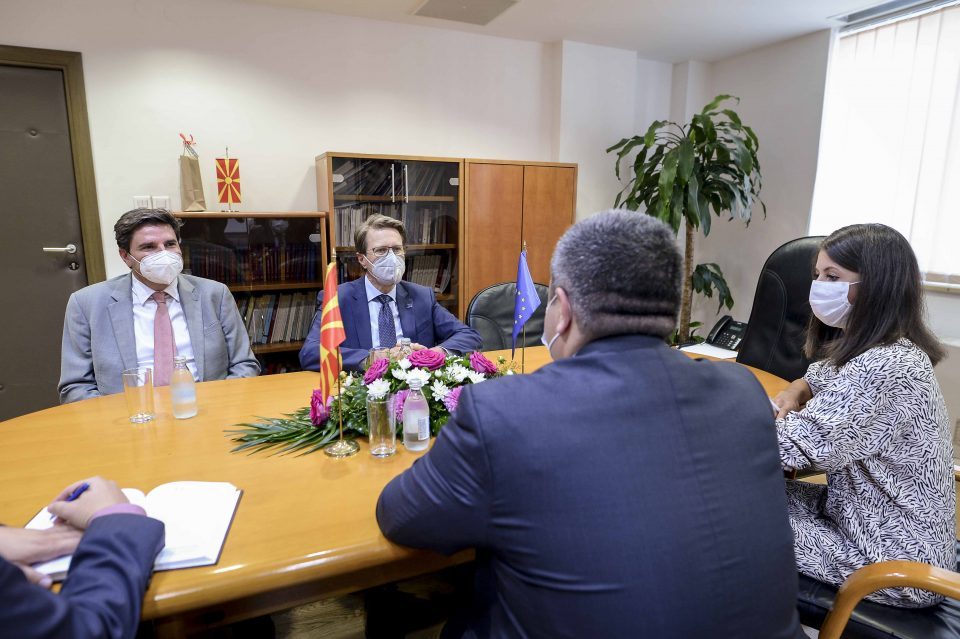 The opening of Chapter 23 was discussed Monday by Justice Minister Bojan Maricic and EU Ambassador Samuel Žbogar at a meeting in Skopje.

The new minister said his mission at the Justice Ministry is aimed at building an independent and transparent judiciary, Maricic’s office said.

Presenting his strategy and the Ministry’s agenda, he said he would seek EU support and cooperation as part of all reforms implemented in the judiciary, stated the press release.

Also, Minister Maricic said increased accountability and transparency as well as more dynamic actions by the prosecution and courts is a top priority as part of his agenda.