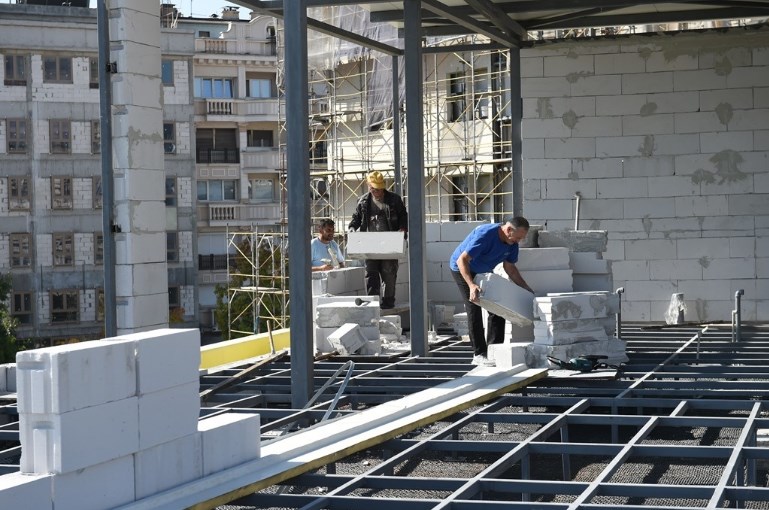 Silegov’s town hall described the decision as driven by comments from citizens, critical about the style and purpose of the object, which is being built at what is supposed to be a green roof.

Following public comments, we decided to stop the work temporarily and after subsequent consultations with the associations of architects and the I Love GTC association, the city of Skopje decided to dismantle the building and to plant the space with floral arrangements, said the Skopje town hall.

The opposition VMRO-DPMNE party accused Silegov of angling to give the potentially lucrative cafe to a businessman close to his SDSM party. The GTC mall was bitterly contested during the Colored Revolution starting in 2015, with SDSM denouncing a plan to turn it into a modern closed space, air-conditioned mall, with a neoclassical facade replacing its current brutalist style. SDSM staged a referendum and “hugging” protests to preserve GTC, and that is why the plan to build a cafe on top of it riled many of its supporters.