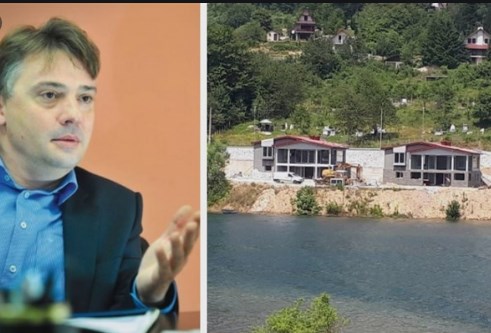 The Mayor of Skopje Petre Silegov is trying to pass off his luxury villa in the ski resort of Mavrovo as a cheap village house, worth just 55,000 EUR. VMRO-DPMNE spokesman Naum Stoilkovski was in Mavrovo today and led a press crew to the 300m2 villa, which offers lake views.

According to Silegov, this palace is worth as much as a one bedroom apartment in Skopje. And after building the villa, Silegov is now building two new floors on his house in Skopje, in violation of the law, Stoilkovski said.

Silegov has refused to explain to the public how he can afford both the ski villa, and greatly expanding his house in Skopje.