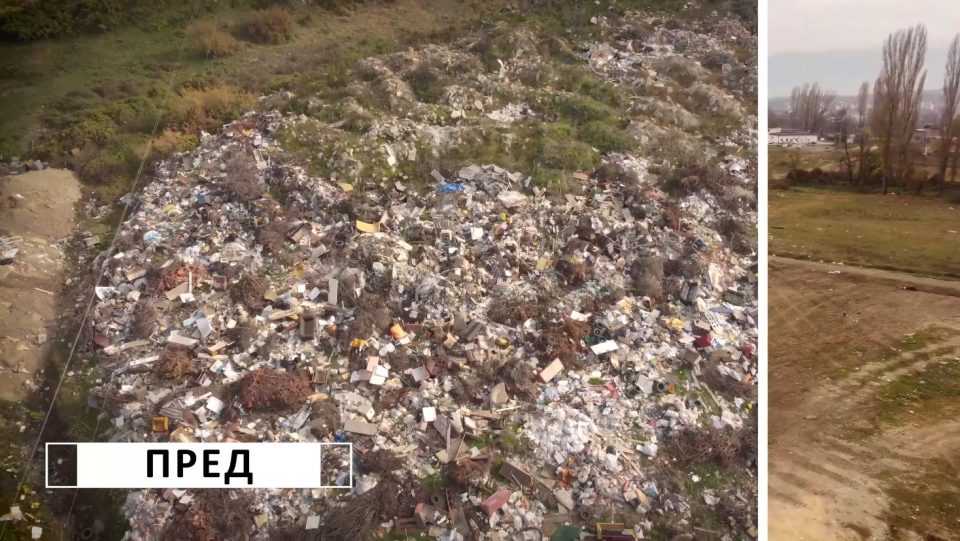 Aleksandar Stojkoski, the newly elected Mayor of Gjorce Petrov, said that his men have cleaned up the largest illegal dump site in this western part of Skopje in just ten days.

Stojkoski shared drone footage of the dump site, which frequently covered the neighboring houses with acrid smoke when fires would break out.

We promised that these grounds in Novo Selo will be cleaned up and we did it in a week and a half. There will be no more pollution, no more smoke here, just a clean area with new trees and a place where the people can relax, Stojkoski said, adding that patrols will be put in place so that the area remains clean.

The garbage was moved to Drisla, Skopje’s regulated dump site. Skopje got a dozen new mayors, most of them like Stojkoski from the VMRO-DPMNE party, who campaigned strongly on the promise that they will clean up the numerous such health hazards spots across the capital.