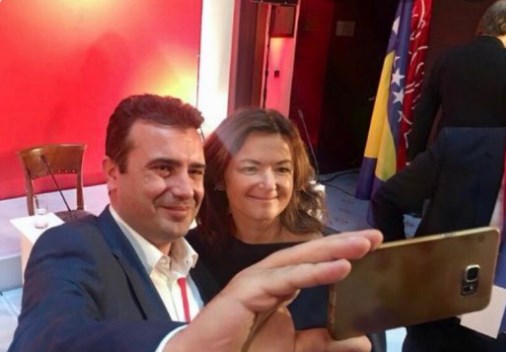 Media outlets close to the Zaev regime in Macedonia are going to serious lengths to whip up a controversy over Slovenia’s alleged plan to redraw Balkan borders, including those of Macedonia.

The story originated from Bosnia, where Slovenian President Borut Pahor – a socialist with extensive and close ties with the Macedonian ruling SDSM party – allegedly asked members of the Bosnian Presidency about the possibility of dividing the country along ethnic lines and whether it could be done without a war. Bosnia summoned the Slovenian Ambassador to protest the idea. Pahor confirmed that he raised the question, but said that it was in the context of a potential threat in the future, and not a Slovenian initiative. In his statement, he said that he also raised the issue during his visit to Macedonia last year, where he warned that continued stalling of the EU perspective of Balkan states could encourage nationalist forces who seek the creation of Greater States.

The President of the Republic of Slovenia also touched on this issue in his address to the Assembly of the Republic of (North) Macedonia on 25 September 2020: “In this regard, I would like to stress the following, which, if it proves correct, is important: if there is no enlargement of the European Union or the enlargement is significantly delayed, the belief might eventually prevail in the region that the disintegration of the former Yugoslavia is not yet complete and that ethnic borders should be established instead of the existing ones. Historical experience shows that there is very little possibility of such a process unfolding peacefully and without conflict and that could also undermine safety and stability in the wider area of South-East Europe. That is why, as I have said several times, the enlargement of the European Union to the Western Balkans is an important political issue that demands an even more prudent strategy from the European Union.”, Pahor’s office said in a statement.

Shortly after, left wing politicians in Slovenia came out with a report that the conservative Prime Minister of the country Janez Jansa allegedly put forward a non-paper to European Council President Charles Michel in which he advocated to “finalize the break-up of Yugoslavia”, first to redraw borders between Albanians and Serbs along ethnic lines, then allow the creation of Greater Albania with Kosovo, parts of Macedonia and Montenegro, Greater Serbia with parts of Bosnia and Greater Croatia, also with parts of Bosnia – or re-arrange Bosnia into an even looser federation.

Jansa blamed socialist member of the European Parliament Tanja Fajon, another close ally of the Zaev regime, of spreading fake news about him. Fajon claims that Jansa will use the coming rotating presidency of the European Council by Slovenia to raise the idea and media outlets in Macedonia from the left and spreading her claims as fact. 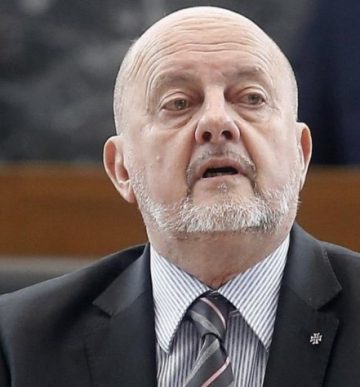 Slovenian right wing politician Zmago Jelincic Plemeniti said that the conspiracy theory is being promoted by tabloids in Macedonia who are under the control of Zoran Zaev, in coordination with Fajon. To add even more red meat for the leftist SDSM base, the theories even include the claim that Jansa will push for the return of former Macedonian Prime Minister Nikola Gruevski to the country and that Viktor Orban is somehow involved. Zaev’s Deputy Prime Minister Nikola Dimitrov tweeted about the conspiracy theory, sharing a tweet blaming Balkan nationalists of advancing the idea of border redrawing, and said that the only way to achieve stability would be to make the existing borders less important. This even prompted calls to the Zaev camp to tone down the rhetoric because it is insulting to Slovenia, a staunch supporter of Macedonia’s EU membership, at a very sensitive time when Macedonia needs support to get Bulgaria to lift its veto.