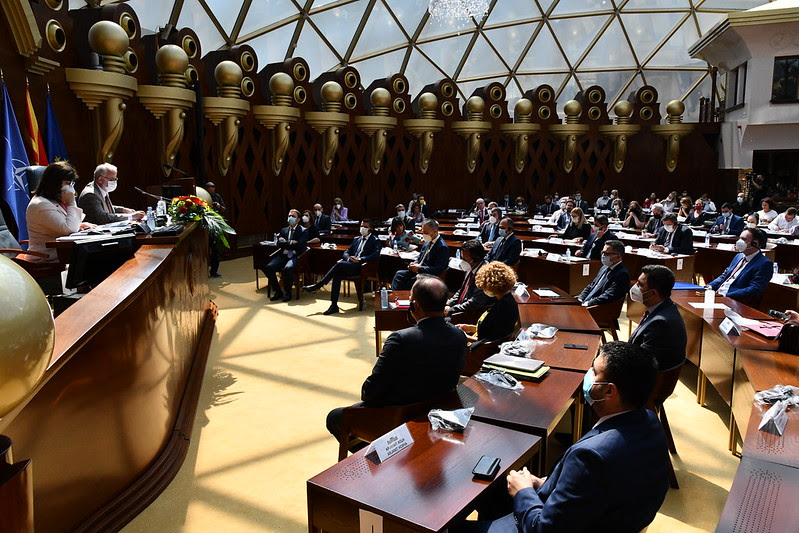 Kurir reports that a member of Parliament from DUI tested positive on the coronavirus. Given the extremely thin majority SDSM and DUI hope to have in the Parliament, for tonight’s vote on the new Government, a special protocol will be put in place to allow the representative to vote from a separate room.

SDSM and DUI, along with their smaller coalition partners, hope to have at most 62 votes, just one more than the bare minimum needed to elect a Government and can’t afford to lose a single vote. Parliament services say that the representative was not in contact with the others in the Parliament.

The Government reviewed and adopted Tuesday the recommendations by the Commission for Infectious Diseases on restricting the working hours of all hospitality facilities by 23 h and limiting the number of passengers in public transport to 50 percent of the total capacity. The Government also adopted the...
Macedonia 20.10.20 | 19:24