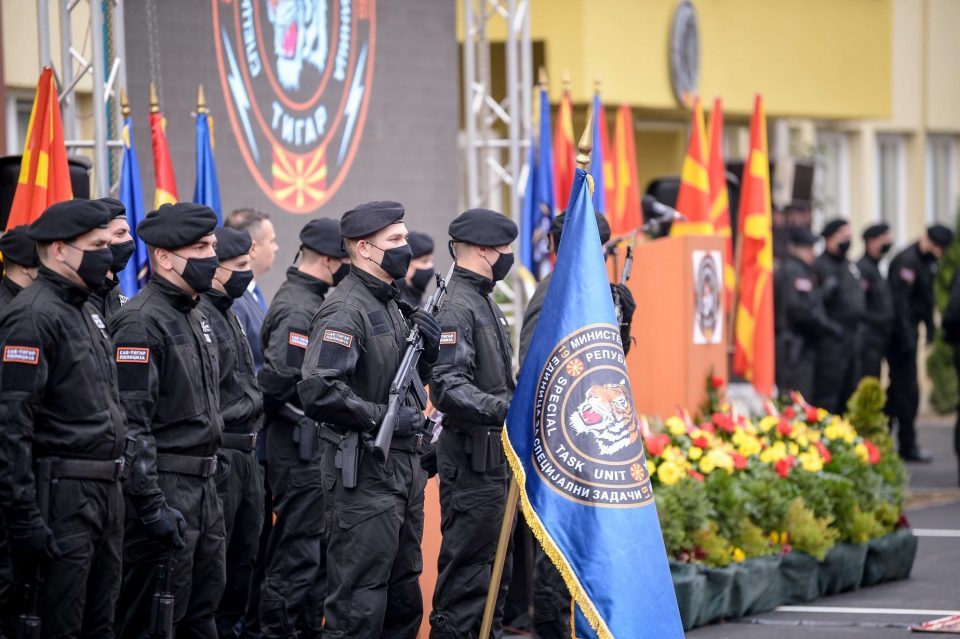 Members of Tiger special forces police unit sent out a protest letter to the public over the celebration of their 40th anniversary today. The officers protest after Deputy Prime Minister Artan Grubi – from the Albanian nationalist DUI party – refused to bow to the memorial of fallen Tiger officers – many of them killed fighting Albanian terrorists. The unit is also having a new emblem – one which does not include the name Macedonia, which is being replaced with the country flag.

We protest the defacing of our unit, our work and our cause. The commanding corps of the unit did not react but we, the members, can’t rest when the bones of our comrades are being insulted. They gave all and are the heroes of Macedonia, while the prime ministers, ministers and directors dine in expensive restaurants and are driven in fancy cars. We have been insulted by Artan Grubi, and by Zoran Zaev who removed the sacred name of Macedonia from our emblems. We exist for Macedonia, the officers write in their open letter.